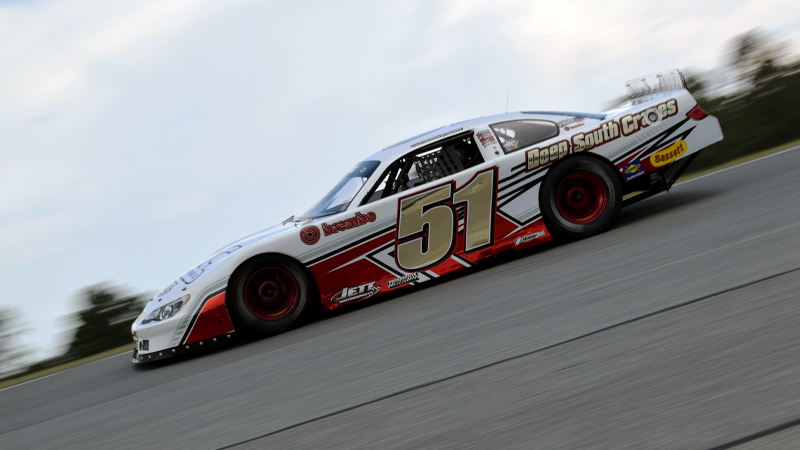 While there was not a CRA SpeedFest this year due to COVID-19 restrictions, Southern Super Series and JEGS/CRA All-Stars Tour teams are headed to Crisp Motorsports Park this weekend for the Georgia Spring Nationals.

While there was not a CRA SpeedFest this year due to COVID-19 restrictions, Southern Super Series and JEGS/CRA All-Stars Tour teams are headed to Crisp Motorsports Park this weekend for the Georgia Spring Nationals.

Here are 10 things to know about this weekend’s event.

1 – This will be the first of two points races this season at Crisp Motorsports Park (GA) for the Southern Super Series.  The second will be on August 14 in the heat of summer.  This is the first time the track will host two races in the same season.

2 – There have been six different SSS races with six different winners at Crisp Motorsports Park (GA).  Stephen Nasse, Bubba Pollard, Daniel Hemric, Kyle Grissom, Kyle Plott and Conner Okrzesik have won races in the past with the Southern Super Series.

3 – This event looks a lot like the CRA SpeedFest event that is normally held in January at the same track.  COVID forced a cancelation of that event, but loosening restrictions have allowed us to enjoy a Springtime event this year.

4 – Along with the Southern Super Series, the JEGS/CRA All-Stars Tour will run an event.  Some Pro Late Model big guns will be on hand. Alabama 200 winner Christopher Tullis will get another crack at Baby Rattler 125 winner Stephen Nasse in a 100-lap dash.

Stephen Nasse (51) held off Christopher Tullis (12) for the win in the Rattler Pro Late Model 125 two weeks ago. (Speed51 Photo)

5 – The Southern Super Series will race for 150 laps, while the JEGS/CRA All-Stars Tour race will be 100 circuits.  There will also be a 25-lap Outlaw race for local drivers.  All the racing goes green at 6:15 p.m. ET on Saturday.

6 – Jeremy Pate had a fine season in 2020 finishing third in Southern Super Series points with eight top-10 runs in nine starts.  He completed every lap of the season until the final 20 laps of the All American 400 to close out the year.  Pate didn’t get out of the box too well this year, being the second car out at the Rattler 250 a few weeks back.  Look for him to have a solid run this weekend.

Jeremy Pate finished in the top 10 of every Southern Super Series race in 2020 before a mechanical issue ended his night at the All American 400 to close out the year.

7 – Fans who can’t make it to South Georgia will be able to watch live on Speed51.TV, as flag-to-flag coverage will feature all three races on Saturday.

8 – Crafty veterans Chris Davidson and Kyle Bryant have been around the Southern Super Series for several seasons.  Bryant will be making his 42nd career start, while Davidson crosses the 40-start threshold this weekend.  Those two are behind only Stephen Nasse and Connor Okrzesik for most series starts.

9 – We featured some of the Pro Late Model drivers earlier this season, as they are racing under the Chris Dilbeck racing umbrella.  To learn more about Cody Hall, Dawson Fletcher and Graham Campbell click below.

10 – Jett Noland will look to score his first Super Late Model win for Anthony Campi Racing. He finished a solid 10th at the Rattler 250 a few weeks back after being in contention for much of the race.