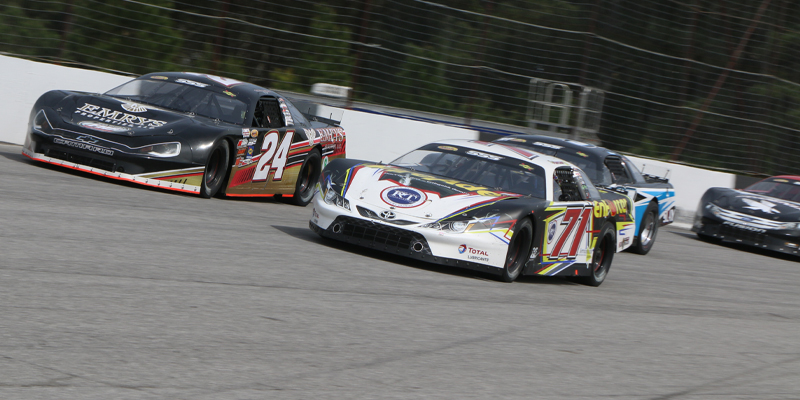 All Southern Super Series Races Could Pay $10,000 to Win

Thanks to a new incentive program, all 13 Southern Super Series events in the 2020 season could pay $10,000 to the winner.

The Southern Super Series presented by Sunoco announced a new cash incentive plan for its competitors for the 2020 season on Speed51’s “The Bullring” Monday.  The “Double Down at the Next Town” bonus will give racers the opportunity to double their winnings if they can take the checkered flag in select Southern Super Series events during the 2020 season, giving them a chance to win $10,000 at eight of the series’ races.

To be eligible for the Double Down at those eight races, which typically pay $5,000 to win, they only have to start the prior event.  For example, all drivers who enter and compete in the season-opening Rattler 250 at South Alabama Speedway will be eligible for the Double Down when the series visits Five Flags Speedway (FL) for the Blizzard Series opener on April 24.

As a result, every SSS race will have the possibility for a five-digit payday to its winner.

“It’s pure and simple. We want to pay $10,000 to our winner,” said Southern Super Series promoter Tim Bryant.  “At the same time, we want to enhance car counts at each and every track.  If a driver is going to pick and choose his races, which a lot of racers do, if he picks one on the schedule that works for him, he might look at the one before it and say ‘If I can go to that one, too, it might double my money.’

“It’s nothing complicated. It’s not about a firm commitment to the entire schedule.  It’s something we wanted to roll out there and give it a try for 2020.”

Double Down at the Next Town will start April 24with the first Blizzard race with the Southern Super Series.  If you’re in the Rattler 250 – you don’t have to win it, just run it – you’ll be eligible for a double first-place prize when you get to Pensacola.  If you’re at Pensacola and you run that race, when you get to Nashville for the North/South Challenge, you’ll be eligible for a $10,000 payday.”

As a result, it is possible that all 13 Southern Super Series events in the 2020 season will pay $10,000 to win, as the races not included in the Double Down program already include substantial purses.

“We love the idea, and we hope it will get paid out each and every race,” Bryant said.  “It’s a little incentive if they’re looking at a race on the schedule.”

There are no other requirements to be eligible for the Double Down at The Next Town bonus. There is no season-long commitment required, nor does position in the points standings throughout the season factor into bonus eligibility.

“It doesn’t have anything to do with points.  We’ll still have our standard points system and Casey Roderick picked up $10,000 as our champion last season.”

While on the show, Bryant also previewed the Rattler 250, racing at Five Flags Speedway in the 2019 season, racing’s return to Gresham Motorsports Park (GA) and much more.  To hear the full interview with Tim Bryant, watch the on-demand replay of “The Bullring” by clicking here.

“The Bullring” airs on Mondays at 7:00 a.m. for free from Studio 51 in Concord, N.C.  Fans can watch each week on Speed51 or on Speed51’s Facebook Feed presented by Five Star Bodies.