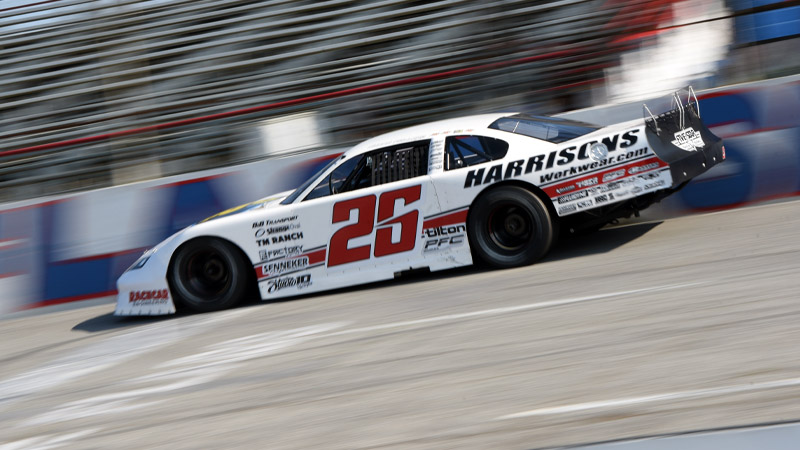 Big Money on the Line for SLM Racers at Five Flags

We are now a little more than a week away from the start of the Deep South Cranes Blizzard Series season at Five Flags Speedway (FL) with the Rowdy Energy Twin 100s.  The doubleheader weekend will bring many of the top Super Late Model teams, chasing big money on the line for both Friday and Saturday, June 26-27.

As a result of rescheduled events following the hiatus from racing due to COVID-19 restrictions, there will be 100-lap Super Late Model features on both Friday and Saturday night at the Pensacola half-mile.  Thanks to several programs and sponsorships, it will be possible for one team to collect $35,000 on the weekend.

It's the kind of lucrative weekend that has Bubba Pollard excited for the Super Late Models' return to Five Flags.

"It's huge.  I think you're going to see a packed house at Five Flags," said Pollard during an interview on "The Bullring" on Speed51 Monday.  "I think you'll see a lot of cars you don't normally see there until later in the year getting ready for the Derby.  I think everyone is anxious to get down there and get racing.  You're going to see a lot of guys come down there for the money.  I think that's what short tracks need.

"I'm glad to see Tim Bryant, Rowdy, all of these people step up.  Hopefully, we're one of those guys.  There's nothing I'd love more than to take some more of Rowdy's money, so we'll see if we can make it happen."

There is also the #GetRowdy $10,000 Challenge on the line, powered by Rowdy Energy.  If a driver can sweep both races in the doubleheader weekend, that driver will get a $10,000 bonus on top of their winnings.

James Finch, owner of Phoenix Construction, has added the $5,000 Phoenix Construction Best Average Finish bonus to the weekend.  This award will go to the driver who achieves the best average finish between the pair of 100-lap Super Late Model features during the doubleheader weekend.

With so much money on the line, it should be an action-packed weekend with many top teams making the trip to Pensacola for their first shot in 2020 to prepare for the 53rd Annual Snowball Derby.  The biggest race in Super Late Model racing is currently scheduled for December 2-6.