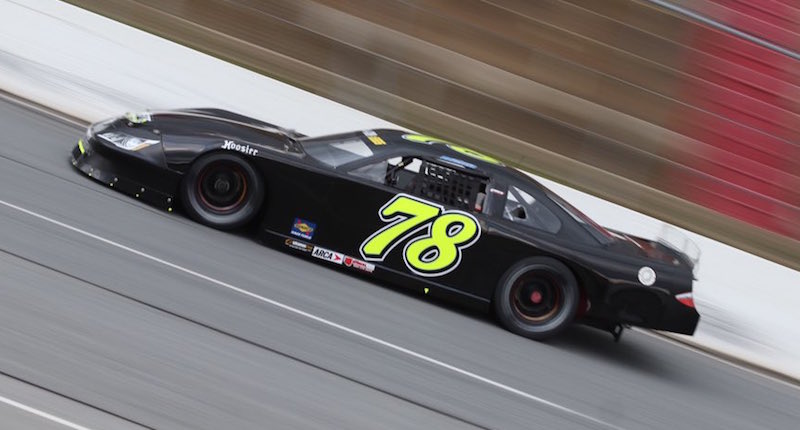 The last time Corey Heim was at Crisp Motorsports Park, he prevailed in an exciting side-by-side battle with fellow Georgia driver Kyle Plott to win CRA SpeedFest in January 2020. Just over a year since his biggest win in a Super Late Model, Heim returns to his home track for the Georgia Spring Nationals.

The last time Corey Heim was at Crisp Motorsports Park, he prevailed in an exciting side-by-side battle with fellow Georgia driver Kyle Plott to win CRA SpeedFest in January 2020.  Just over a year since his biggest win in a Super Late Model, Heim returns to his home track for the Georgia Spring Nationals.

Heim will be back with Jett Motorsports for a second year on the Super Late Model side, starting this weekend.  His win at SpeedFest came in his first race with the Florida-based team before setting out in other marquee events such as the Slinger Nationals, All American 400 and Snowball Derby.

“I’m really looking forward to getting back in my No. 78 Toyota Camry Super Late Model.  It’s been a little while since I’ve last ran it but I’m confident that Jett Motorsports and I can come back strong and contend to win,” Heim told Speed51. “Everyone over at Jett Motorsports works very hard to give me winning race cars and I’m hoping to make them proud this weekend; especially at my home racetrack.”

His win at SpeedFest last year came in what was a wild last 25 laps at the 3/8-mile.  After leaders Bubba Pollard and Stephen Nasse tangled, Heim found himself alongside Plott and Dawson Fletcher with a shot at the race win.  Heim edged Plott at the line to win just his second career Super Late Model race.

“That was definitely wild.  That was our first race with Jett Motorsports and we had tested with them earlier in the week really trying to prepare for that race and make that first showing with them as good as possible.  We really practiced awesome; we were top-three throughout every practice.  We qualified second and pretty much rode in the top-ten the whole race.

“That track’s really abrasive, we got a little further back in the field to not burn my tires up.  We came in for a late pit stop to put tires back on it and ended up having a really good battle with Kyle Plott there at the end.  He’s a really respectful racer and we were able to really duke it out there without wrecking each other.  Luckily we came out on top there.”

Since then, Heim has picked up another three wins in two different machines.  However, none were bigger than when he won the ARCA Menards Series opener at Daytona International Speedway back in February.  In the last three ARCA races dating back to 2020, Heim has two wins and a runner-up.

“That was huge for my career and for everybody involved with Venturini Motorsports.  We went into the season really trying to chase as many wins as we could and potentially a championship, that was our goal.  To start off the year with that win and follow it up with another second-place finish at Phoenix puts us in a really good position for Talladega coming up.”

With the opportunity to go back home and race with no points on the line, Heim says the pressure is off on him in his first Super Late Model start of 2021.  While he always looks to win anytime he arrives at a racetrack, this weekend will also be about enjoying his time back home.

“It’s awesome to get back to my home track and get back in a Super Late Model.  There’s a little less pressure than I’m used to in Super racing, we’re just going to have some fun and try to compete for a win.  I’m going to put pressure on myself to go out there and try to win the race of course, but we’re not trying to compete for any points.  We’re just purely going for the race win.  It’s going to be a lot of fun this weekend, I’m looking forward to a lower pressure, if you will, this weekend and trying to do the best we can.”

The Georgia Spring Nationals will be live on Speed51.TV.  Stay tuned for more information regarding Saturday’s live broadcast.