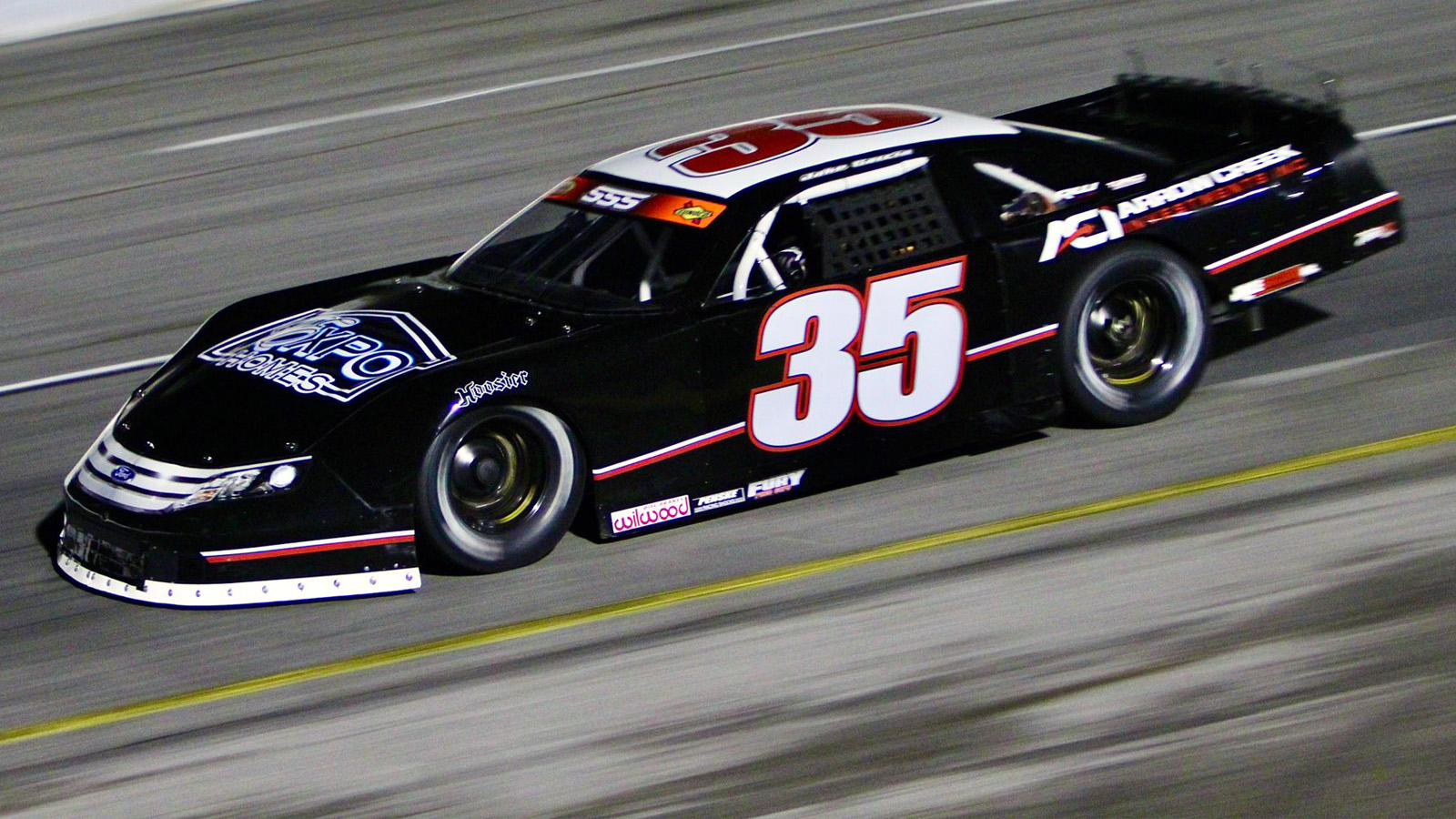 Six months ago, the teen sensation taking the Late Model world by storm got his driver’s license.

Luckily for motorists in the State of Georgia, Jake Garcia is supremely adept at the wheel.

The 16-year-old made an emphatic statement at the Night of Champions on Saturday night at Five Flags Speedway. With a sixth-place finish in the Super Late Model 100-lap season finale, and misfortune befalling his closest challenger, Garcia locked up both the Deep South Cranes Blizzard Series and Southern Super Series championships. He also cashed in on $10,000 for winning the SSS title.

“This is really awesome to get the Blizzard championship and the Southern Super Series, as well,” the Monroe, Ga, native said. “These were the two we were eyeing at the beginning of the year.”

Longtime veteran Casey Smith scored his first career SLM victory at Five Flags, pulling away from the 28-car field and leading the final 62 laps of the night. Casey Roderick had a valiant runner-up showing and Hunter Robbins rounded out the podium.

Garcia’s top-10 result was more than enough to secure the hardware with Stephen Nasse’s nightmarish evening. Garcia came into the Saturday leading Nasse in the Blizzard Series by four points and trailing him in the SSS by 14. The Blizzard margin grew while the SSS gap tightened after Garcia won the pole in qualifying and Nasse failed to crack the top-10. As Garcia contended with the leaders in the feature, Nasse climbed only as high as seventh before problems parked him around the 75-lap mark.

“That was pretty cool back in 2019. That was a big year for me,” said Garcia, who went on to finish second at that year’s Snowball Derby. “A couple months later, I won the Alabama 200. Hopefully, we can finish this year strong and get some more wins.”

The highly anticipated Night of Champions was delayed for more than 90 minutes Saturday. Rain wreaked havoc and all the moisture exposed a pothole just in front of the flag stand. Five Flags General Manager Tim Bryant and his talented group of track officials repaired the divot to ensure the show went on.

Garcia and Roderick battled early until Smith started to assert his dominance. The Texan found clean air at Lap 38 and barely broke a sweat en route to his historic win. Smith dedicated the victory to his mother, who has been battling cancer all year.

“This one’s for her. I love you!” he said, choking back tears. “I thought we had a good car the last time we were here, but you never know what you’ve got. These things are finicky. But this car was awesome. It was bad fast outta the trailer.”