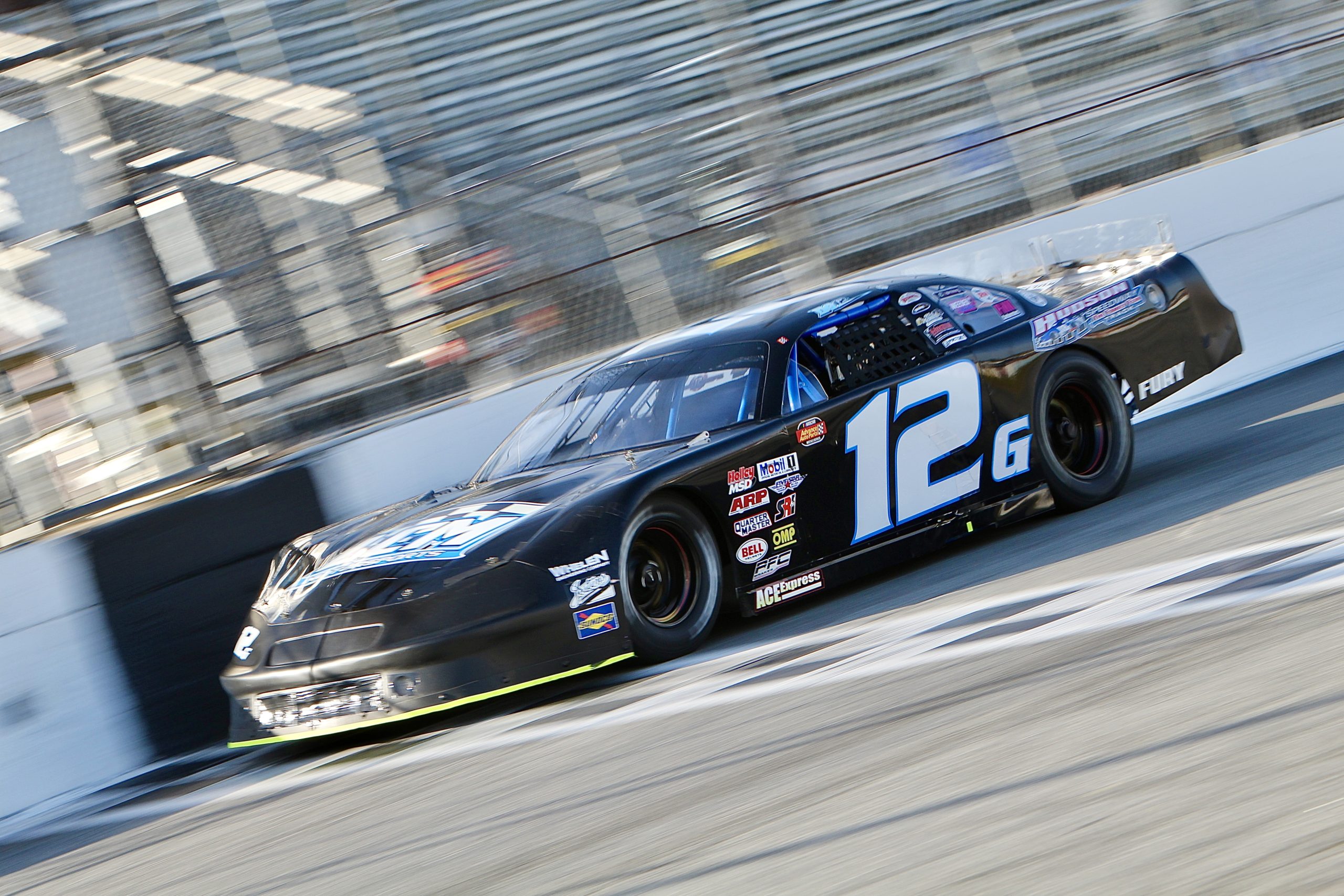 Before racing season begins in the Northeast, Derek Griffith will head back south to chase after a rattlesnake.

Fresh off a second consecutive World Series of Asphalt Super Late Model championship, the New Hampshire driver will make his Rattler 250 debut next weekend, March 12-14.  After a strong Florida Speedweeks, the team felt it was as good of a time as ever to make the trip to South Alabama Speedway and try their hand at the early-season crown jewel.

WATCH THE RATTLER 250 LIVE ON SPEED51.TV

“We had a really good Speedweeks and we decided last-minute to go.  We’ve always wanted to run that race so it wasn’t a hard decision, it was more trying to find the time and funding to really make it work,” Griffith told Speed51.  “It’s a pretty big weekend and big race so it was always on the radar, we just hadn’t had the chance to do it.  I know all the big guys go and run good there so I’m hoping we can keep up and run pretty good to bounce off a really good Speedweeks.  It was like how do we not go and try to run the Rattler.”

Griffith did what no driver had done in two decades at the World Series of Asphalt – become a repeat Super Late Model champion.  He won three races during the week while finishing in the top-five in all but two features.  By winning the World Series championship, he became the first driver since Pete Orr in 1993-1994 to go back-to-back in the division.

While Griffith has ventured south to race in the past, most of those events have been PASS-sanctioned.  He has a win at Dillon Motor Speedway and a PASS National Championship to his credit in his experience in the Southeast.  However, this will be his first start with the Southern Super Series.

While he has gotten good use of Speed51.TV leading up to the Rattler 250, he’ll also use the time between arriving in Opp, Alabama and hitting the track to get more information from drivers on hand.

“I’ve watched a lot of Speed51 videos and everything.  I’ll probably pick some people’s brains when I get there and see what I can come up with as far as an idea of how to run the track and everything.”

The Rattler 250 may not be the only time Griffith ventures outside the Northeast for a Super Late Model race before the 54th Annual Snowball Derby.  While a full 2021 season schedule isn’t set in stone, it could present more opportunities to take part in other marquee events around the country.

“I’m not really sure yet, to be honest.  We always talk about running those big races like the Winchester 400 and all that stuff.  Back home, I don’t think we’re going to be running any points deals because if we ever get some ARCA races going then that’s going to take priority.  We’re very last minute on everything and we’re just racers who want to go race everywhere.  As long as we have the opportunity to we’ll go run anywhere we can.  The Rattler presented a good opportunity and everything fit right, if there’s a couple more races like that then we’ll definitely make it work.”

Coming off the World Series championship, Griffith feels a Rattler 250 win would firmly set his team as one of the premier operations in Super Late Model racing.

Multiple viewing options will be available for the Rattler 250 on March 12-14.  Premium subscribers can watch the event free with their subscription, while a PPV ticket will also be available.  Click here for more information.