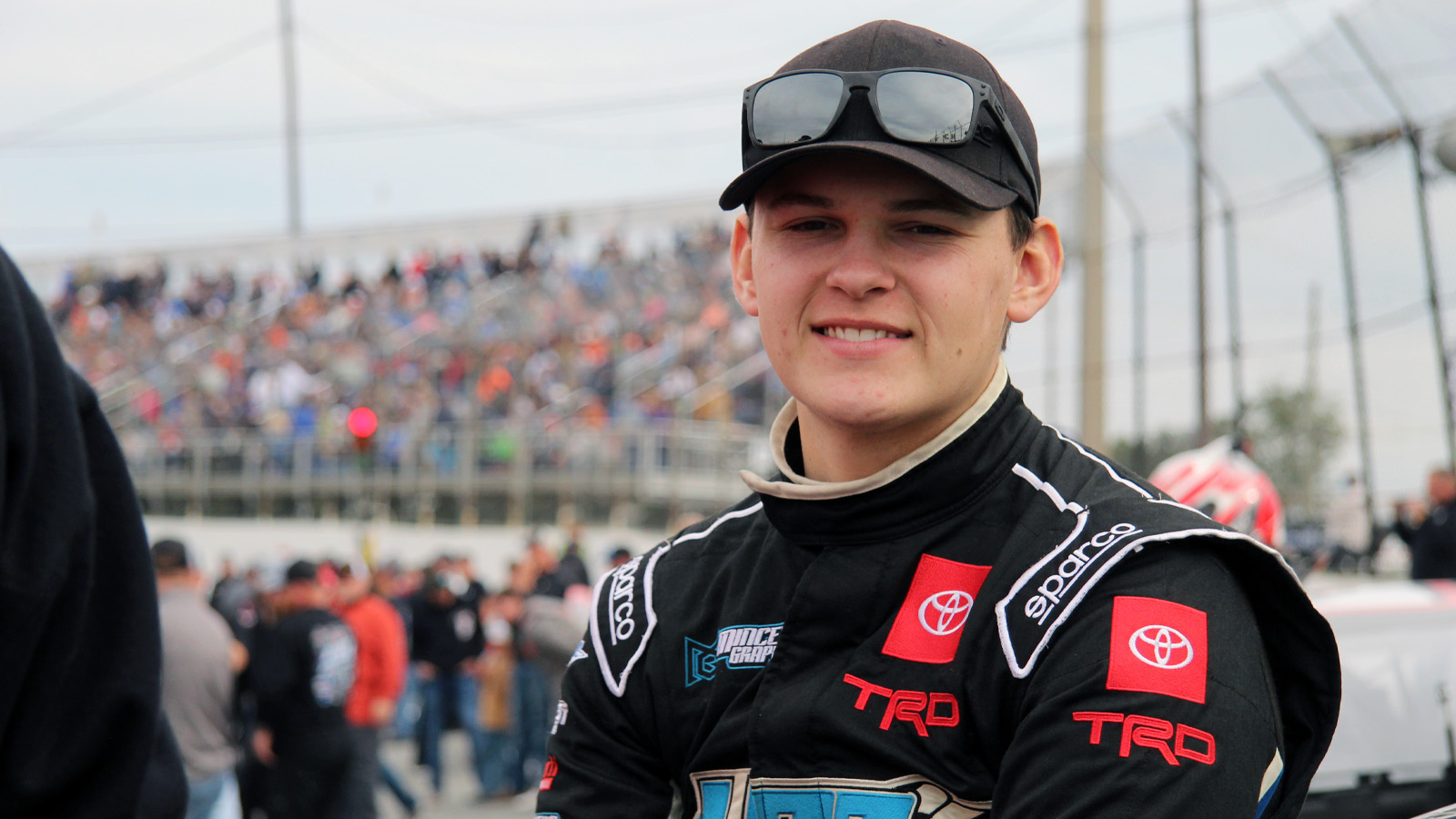 Corey Heim returns home to Georgia to compete with the Southern Super Series in the Georgia Summer Nationals at Crisp Motorsports Park this weekend.  However, it will not be in the familiar No. 78 that fans have accustomed to seeing him in whenever in a Super Late Model or Late Model Stock.

The ARCA Menards Series regular will drive the Larry Blount Motorsports No. 21 for Saturday’s race at Cordele.  While it’s a different car and a different team, it will still have a similar feel for Heim – the team is part of the Jett Motorsports stable that he normally runs with on the Super Late Model side.

“I’ve known him for a little over a year now and he’s always had his drivers.  There was an opening to be in his car and he wanted Cook Electric to be on the car this weekend,” Heim told Speed51.  “That’s just kind of how it came to be.”

An off-weekend with ARCA allows Heim to return to his home state and get back in a Super Late Model at a track that he’s seen much success at in recent years.  Two of his three career Super Late Model wins have come at the 3/8ths mile, including each of his last two Cordele starts at 2020 CRA SpeedFest and 2021 Georgia Spring Nationals.

Most of all, Heim is looking forward to a race weekend without the usual stress that comes with chasing a series championship.

“It’s going to be good.  There’s not a whole lot of races now that are kind of lower stress, just more of a fun scene for me.  I always have fun racing but it’s just good to come back home and have some fun.  We still do everything we can to try and win the race but its’ more laid back.

“We’ve won the last two races we’ve run there and Jett Motorsports has really good equipment so I’m looking forward to trying to go for a three-peat.”

His first full ARCA season has been a strong one with Venturini Motorsports.  He’s picked up five wins so far, including the most recent race at Watkins Glen this past Friday.  He sits second in series points in a tight battle with Ty Gibbs, who he has combined with to win all but one race so far this season.

“It’s been a good year for us so far.  We’ve ran 12 or 13 races and picked up five wins.  We’ve been going back and forth every week with the No.18 (Ty Gibbs) and some other guys, just trying to keep it up.”

With $5,000 on the line for the winner of the Georgia Summer Nationals, a win would help spark momentum for Heim as big race season approaches on both the Super Late Model and Late Model Stock side.

“Every race for us has the same goal, to go out and win the race.  We’ve got the Winchester 400 and the Derby, and also the ValleyStar Late Model Stock race (Martinsville).  I don’t want to say we’re warming up or anything, regardless of how long I’ve been out of the seat we’re still going to do good because Jett Motorsports brings really good cars to the racetrack and I’ve been doing Late Model stuff for so long.  It’s been two months since I’ve been in a Late Model but I think we’re still going to do really good.”