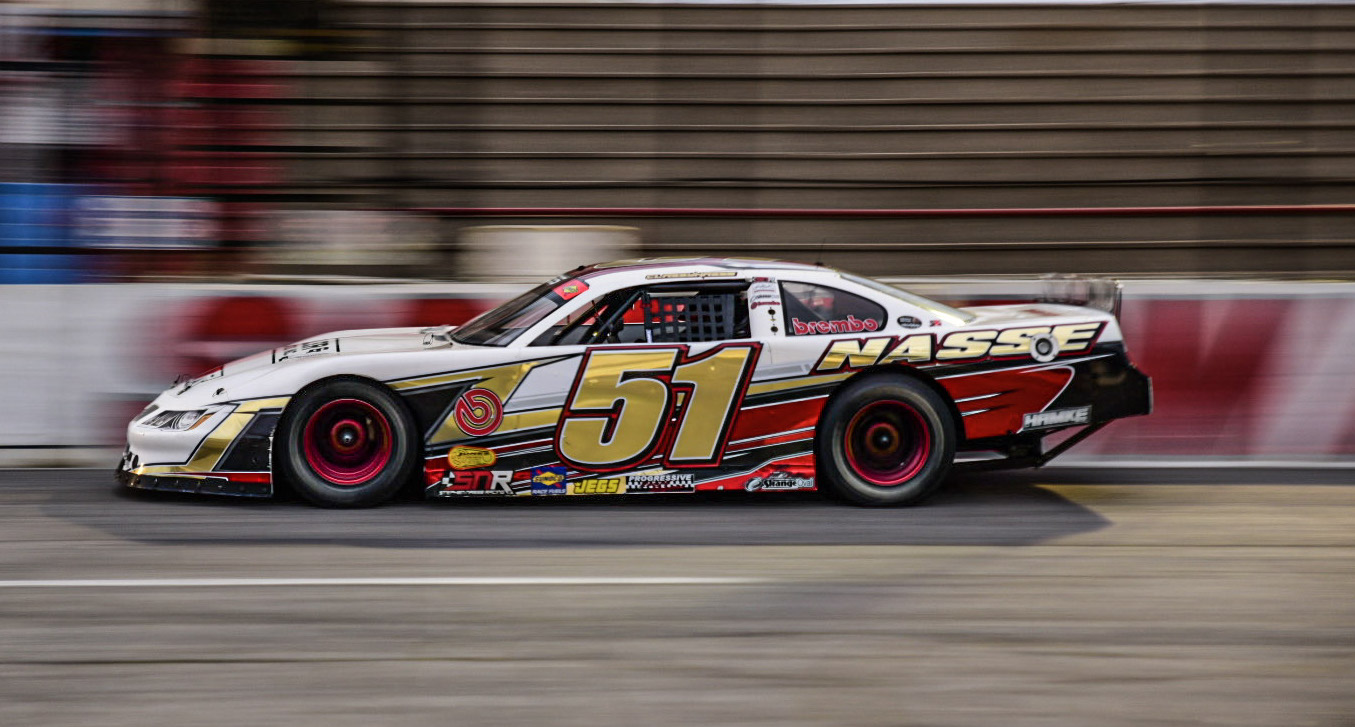 Stephen Nasse doesn’t want to say that he’s owed a victory or two at Five Flags Speedway, but he certainly isn’t going to complain about being on the right side of a disqualification at the Pensacola oval. On Friday night, Nasse was credited with the Blizzard Series season-opening SERF 100 victory at the track following Sammy Smith’s disqualification for a carburetor infraction.

(Original story by Speed51, posted with permission from speed51)

‍
Stephen Nasse doesn’t want to say that he’s owed a victory or two at Five Flags Speedway, but he certainly isn’t going to complain about being on the right side of a disqualification at the Pensacola oval.  On Friday night, Nasse was credited with the Blizzard Series season-opening SERF 100 victory at the track following Sammy Smith’s disqualification for a carburetor infraction.

“Ricky (Brooks) checked the carb throttle shaft and deemed it too small.  It’s suppose to be .0183 and ours was .0179.  Same carb we ran at the (Snowball) Derby.  I take blame for, I guess, not having it checked before the race.  We haven’t touched it since the Derby, so I take the DQ blame.”

While Nasse — who was disqualified from a Snowball Derby victory in 2019 — doesn’t like celebrating over someone else’s misfortune, he wasn’t going to complain about lucking into a victory in the tech shed at Five Flags.

“I hate to say something’s owed to me, but I feel like karma’s coming back my way,” Nasse said.  “I feel like Five Flags owes me a couple and has taken some big wins from me, and tonight we lucked into one. At the same time, I hate to see it for Sammy and his guys. I was able to beat out Sammy a few weeks ago at the last race. He had the lead with a couple to go. He really wanted to win tonight, and he’s been running really well lately. For it to be taken from him, I hate to see, but at the end of the day, it feels good.”

Nasse’s victory is the first since parting ways with Jett Motorsports earlier this year and moving everything to a family-owned program with crew chief Chris Cater.

“It’s the first win for my team, with me and Chris Cater moving shops. It feels really good. We had a dang fast car.” – Stephen Nasse

“I really feel like it was one of the better cars on the long run. On the short run, he had me killed. It ended up coming up to a short run, and he beat me on the race track. I won in the tech shed. Definitely not the way I want to do it, but we’ll take it any way it pays.”

Starting from the pole position, Sammy Smith led the opening circuits, but got passed by fellow Donnie Wilson Motorsports driver Chandler Smith. Chandler Smith set sail from that point, stretching the lead to more than two seconds during the race’s middle stages.

However, Chandler Smith’s ride into the Florida night came to an early end on lap 49. For a few laps prior to pulling in the pits, the engine in the No. 26 changed pitch and began to sour. The lead held steady for a handful of laps, but Smith was unable to fix the issue in the cockpit and retired from the event.

Bubba Pollard’s return to asphalt racing following a two-month-plus hiatus was short lived. Pollard parked his car in the opening laps of the event with a mechanical issue.

The event was plagued by rain, stifling heat and oppressive humidity. Multiple rain delays forced the event late into the night, with the checkered flag waving at approximately 11:25 p.m. local time.

But even with the summer just beginning, several drivers couldn’t help to begin thinking about what notes they could save for December’s Snowball Derby.

“The guy out front always wins,” said third place finisher Hunter Robbins. “That race and week are beasts of their own, but you have to come in with a good baseline. If you can be better than the rest of them, you have a better chance come December.”