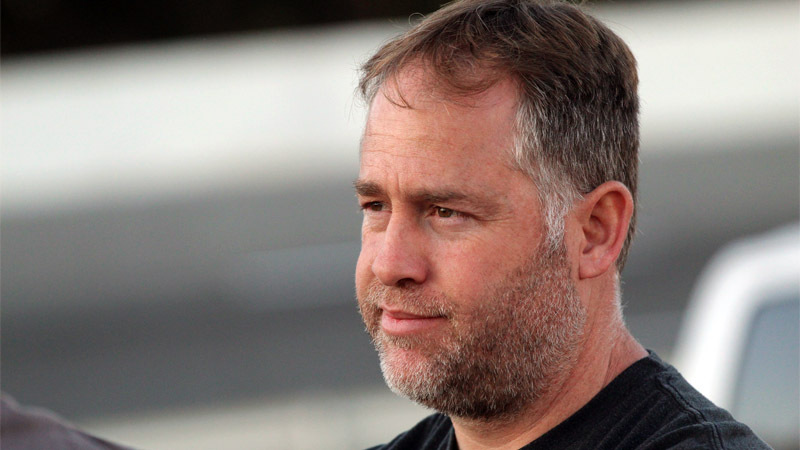 This weekend’s Rowdy Energy Twin 100s will possibly boast one of the largest fields the Blizzard Series has seen in recent memory, with drivers coming from around the country to get much-needed laps for December’s Snowball Derby.  One of those racers include Preston Peltier, who has familiarized himself with Five Flags Speedway (FL) over the years during Snowball Derby weekend.

While the 2017 Derby polesitter has taken part in the country’s biggest Super Late Model race six of the last seven years, Friday night’s #Forever11 Tribute will be his first Blizzard Series race since September 2015.

But before this weekend’s Twin-100’s, Peltier has some work to do.  After living in Colorado for several years, he made the move to Las Vegas during the offseason and joined the Sigma Performance Services team as Director or Racing Operations.

“I’m looking forward to heading out that way, I’m just a little stressed with work to do and my job kind of depends on my performance,” Peltier said on Speed51’s “The Bullring.” It’s kind of a love/hate relationship with Pensacola, that’s one place on the bucket list that I really want to get a win.”

The stress comes from expectations that come anytime he gets behind the wheel.  Peltier won 16 races during his time with Ed Vecchiarelli and the Generator Source LLC team around the country.  While Peltier has a change of scenes for 2020 and beyond, the need to win continues for the former PASS champion.

“I’ll tell you where the stressing is, it’s in the performance.  Even driving for the Vecchiarellis, I had to perform.  Anything less than a win, I don’t want to say it was unacceptable, but it was expected to win.  We had the best equipment and I kind of felt like we had some of the best people working with us.  My win percentage isn’t as good as my second-place percentage.”

Peltier has made eight starts at Five Flags Speedway, with six of them coming in the Snowball Derby.  His best finish at the Pensacola oval is a third in his final Blizzard Series start to date in September 2015.  Back in December, he scored a career-best fifth in the 52nd Annual Snowball Derby.

While he has shown speed at the half-mile over the years, the results have not followed.  As he continues to get more laps around Five Flags, he builds a bigger notebook to use for the Derby and other races.

“There’s a possibility you can see that for some drivers but not from this one.  We’ve got a bullet in the chamber and we’re going to make it happen, no matter what.  The good thing is if you think about it, I’ve only raced there five or six times total.

“It’s taken me a while to build a notebook and that place is really finnicky between the temperature changes and the huge swings in grip the track has, it’s a tough place to get a hold of.”

The Rowdy Energy Twin 100’s will be broadcasted live this weekend on Speed51, presented by JEGS.  Click here to purchase your PPV tickets for both events.

Click here to watch a replay of Monday’s “The Bullring” episode.