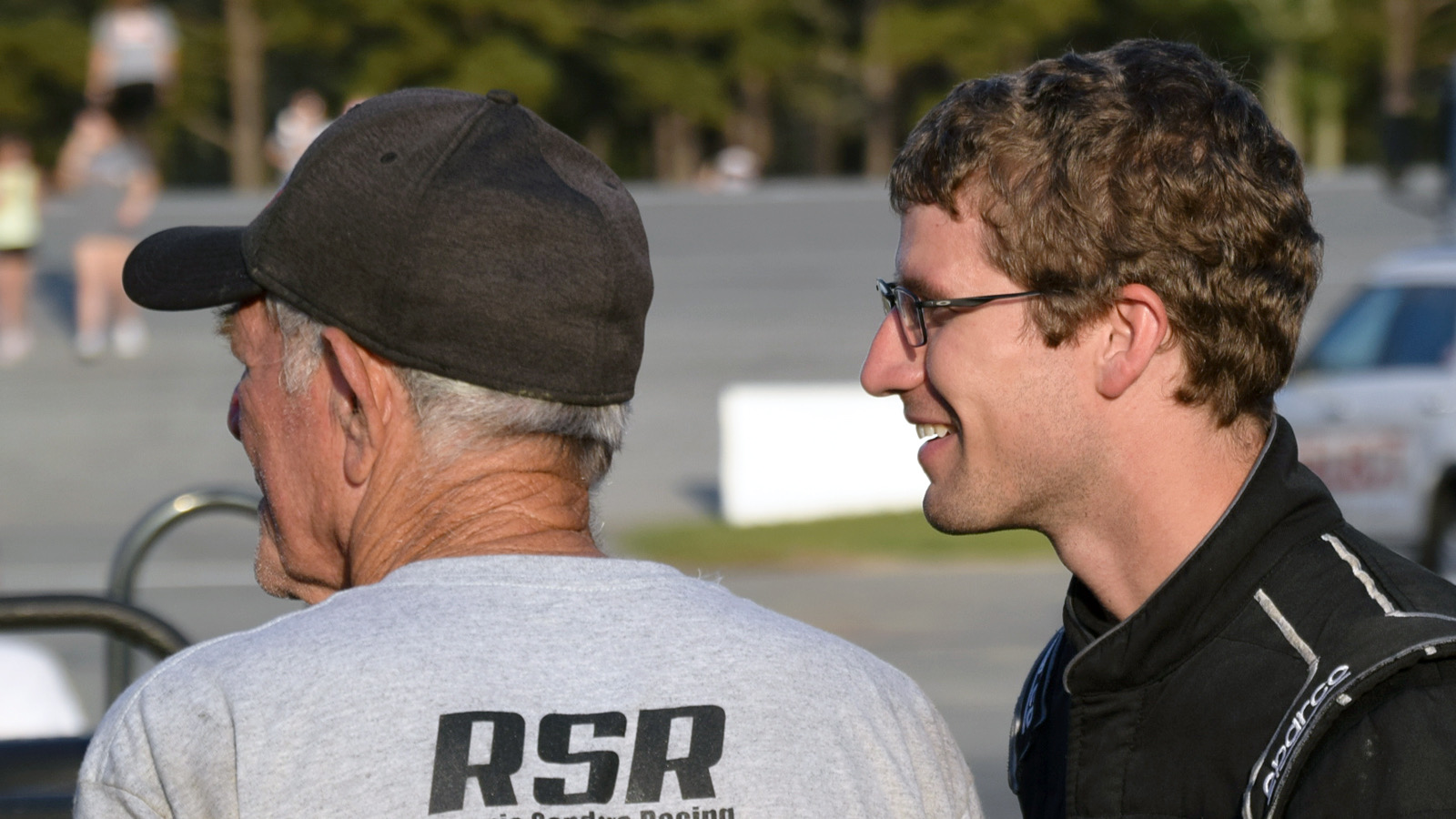 Hunter Robbins and the Ronnie Sanders Racing crew didn’t get very much practice time on Friday afternoon after dealing with a variety of issues with a new race car. That didn’t stop the Alabama driver from setting fast time in Southern Super Series qualifying for the Georgia Spring Nationals at Crisp Motorsports Park.

Hunter Robbins and the Ronnie Sanders Racing crew didn’t get very much practice time on Friday afternoon after dealing with a variety of issues with a new race car.  That didn’t stop the Alabama driver from setting fast time in Southern Super Series qualifying for the Georgia Spring Nationals at Crisp Motorsports Park.

After a late-race crash at the Rattler 250 two weeks ago, he and Sanders decided to bring out a brand new machine for the second race of the season in Sanders’ home state.  They had finished getting the car ready for this weekend on Thursday night, but the team then faced other issues once the No.18 hit the track.

We just kind of had the new car blues if you would.  We finished this thing up late last night and we’ve been trying to find all the parts we need to put this car together and we had a couple bad ones in the bunch. We got it all fixed, we fought vibrations and power steering issues and we finally got it.  We got four or five laps there before qualifying to shake it down and still didn’t have it fixed, but made some more changes and got it fixed before qualifying. – Hunter Robbins

Super Late Model teams will have one hour of practice on Saturday before the 150-lap main event later in the evening.  Robbins can now sleep a bit easier after solving the issues with the car and setting fast time for the race.

“It’s just a relief honestly.  We’ve had a bad couple days just trying to get this thing ready.  Maybe we can go and get some dinner and get some sleep and come back tomorrow and hopefully things will go better.  I’m looking forward to it, me and Ronnie and everyone else has worked very hard and Ronnie’s giving me a great opportunity here.  If it wasn’t for him and his effort we wouldn’t be here today after our wreck at Opp.”

Stephen Nasse will be on the front row for both Pro and Super races tomorrow night. (Speed51 Photo)

While the new car hasn’t been the kindest to Robbins so far this weekend, the redraw helped make up for it.  He will start on the outside front row for the race, while eighth-place qualifier Stephen Nasse drew the pole.  Starting lineups for both the Southern Super Series and JEGS/CRA All-Stars Tour can be found below.