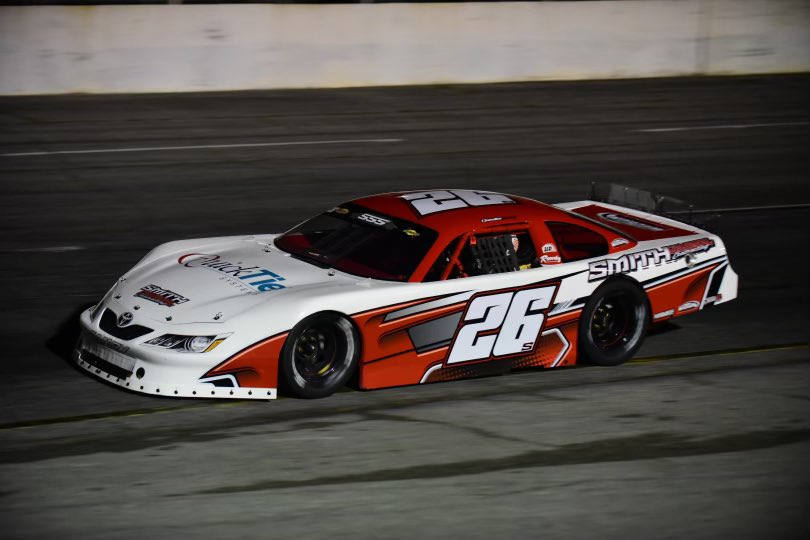 The Georgia Summer Nationals is giving Chandler Smith a chance to return to his home state to compete in a Super Late Model.  One weekend after making the NASCAR Truck Series playoff field with Kyle Busch Motorsports, he will make an appearance at Crisp Motorsports Park, the site of his first-career Super Late Model win at CRA SpeedFest in 2018.

With the recent success he has had with Donnie Wilson Motorsports in Super Late Model competition, his next Late Model start could not have come soon enough.  For Smith, it will be his first race at the Cordele, GA oval since 2019.

“I haven’t been back to Cordele in a while and to go there with my Donnie Wilson Motorsports team is exciting because of how strong we’ve been here lately,” Smith told Speed51.  “I’m excited to see how we do there.”

His most recent race with Wilson Motorsports saw Smith make his long-awaited return to victory lane in a Super Late Model at Five Flags Speedway.  It was his first SLM win since SpeedFest in 2018, and just the second of his career.  The win came just one night after losing the lead to Bubba Pollard in the final laps of the first race of the doubleheader.

It was also the first win at Five Flags for car owner Donnie Wilson, who had gone winless at the Florida half-mile in 55 starts as a driver.

“It was really big for myself and for my team.  That was the first time Wilson Motorsports had ever won at Pensacola so that was cool for them.  I love racing Super Late Models and running with Donnie Wilson and those guys and I try to be a decent part in their team and help them in any way I can.

“Ever since I joined Wilson Motorsports, seeing how much we’ve improved as a team and as an organization just over the past year, it’s really neat to see that.”

With the busy schedule that NASCAR brings, Smith looks forward to anytime he can get back in a Super Late Model.  Saturday’s Georgia Summer Nationals provides him that opportunity before the chase for the NASCAR Truck Series championship begins.

It’s an opportunity he hopes to translate to another win and a $5,000 payday Saturday night.

“That’s where I got my first Super Late Model win.  It would be great to win there in front of my family and my wife and everybody from Wilson Motorsports.”