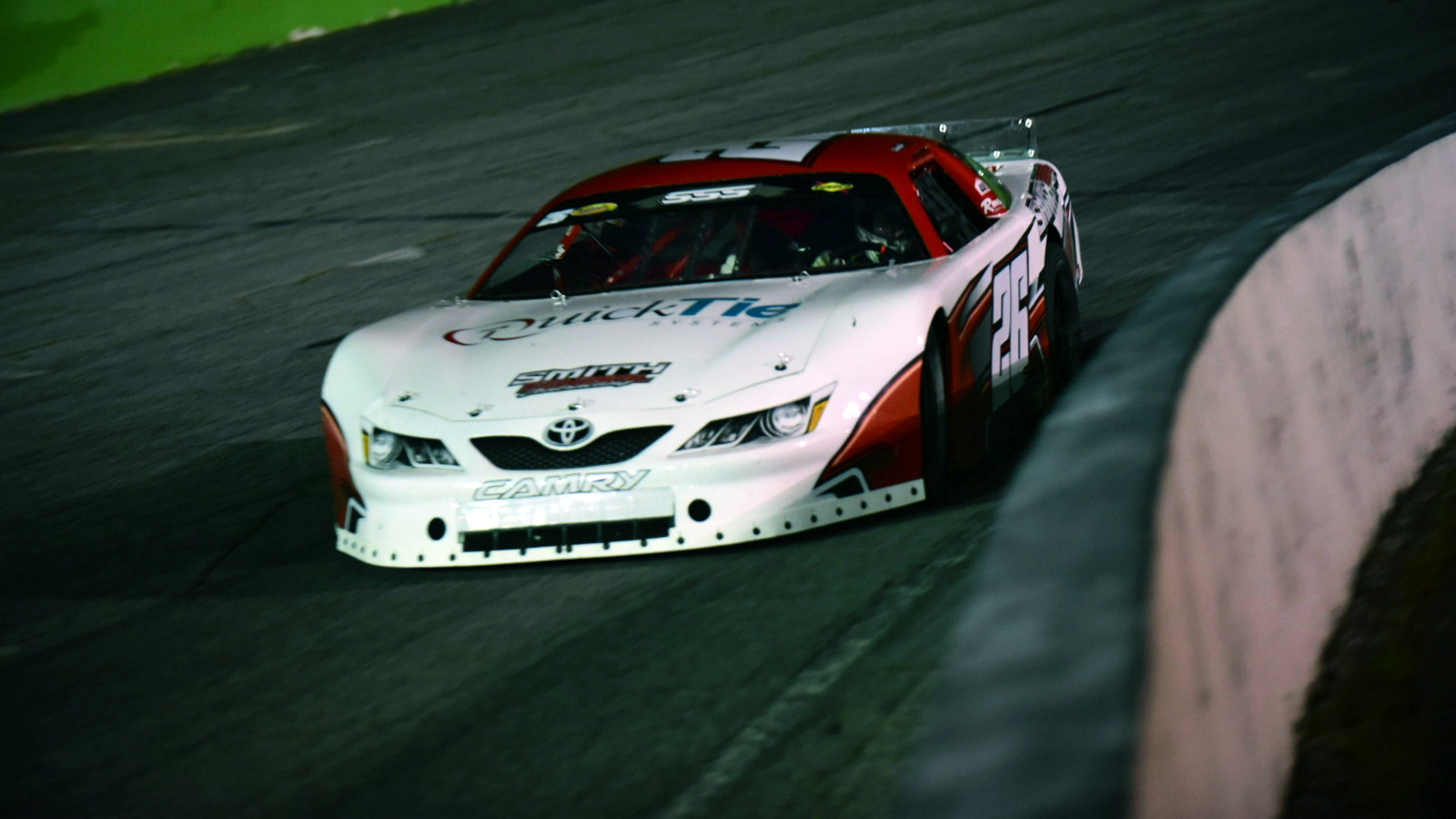 Reposted with permission from Speed51.com

Two big checkboxes were marked off Saturday night at Five Flags Speedway to close out a Deep South Crane Blizzard Series doubleheader weekend.  Chandler Smith made his first trip to victory lane in 2021, earning Donnie Wilson Motorsports its first ever win in the Blizzard Series.

There would be no such misfortune on Saturday night in the Michles & Booth 100, as Smith took the lead on lap 30 and led the rest of the way to finish ahead of fellow Georgia drivers Casey Roderick and Jake Garcia.

Everything had to happen right,” said Smith in victory lane.  “Last night, cautions didn’t fall in our favor.  The first race, the engine broke.  Tonight, everything fell in our favor.  I feel like I should have been talking in this spot twice already.

In a year where Smith has been hungry for a win in either the Super Late Model or his Kyle Busch Motorsports NASCAR Camping World Truck Series entry, it was a much-needed triumph.  The victory also gave Donnie Wilson his first triumph at Five Flags Speedway in Super Late Model competition, despite some near-misses of his own as both driver and owner.

“We finally got a win for these Donnie Wilson Motorsports guys,” said Smith.  “Man, I’m just excited to get this monkey off my back.  I’ve had horrible luck all season in anything I drive, so this is awesome.”

Roderick nearly surpassed Pollard’s rush to the front from Friday night, working his way into contention from the 18th starting spot on Saturday night.  However, Roderick needed just a few more laps or a well-timed caution to truly have a shot at the win.

“We had a really fast car,” said Roderick.  I feel like, both nights, we had a winning race car.  We just came up a little short tonight.  Cautions just didn’t fall our way tonight.  I did the best I could.

I was trying not to burn the right-front off of it.  I was just trying to take care of it and make sure we didn’t have that problem again.  We got that late caution and I thought we were going to be pretty good.  It just took my car a long time to get running good. – Casey Roderick

Garcia completed the Peach State podium, giving him back-to-back third-place finishes on the weekend.  After a caution-filled race on Friday night, Saturday’s relatively clean affair made it difficult for Garcia to carry out a strategy during the race.

“I feel like we did a pretty good job, getting a good setup underneath me.  Taking what we learned from last night and making the car better for tonight.  We made some gains, but still need just need a little bit more to get to victory lane.”

If Pollard had completed the sweep of the Michles & Booth Twin 100 weekend, he would have pocketed $40,000, including a $20,000 bonus.  However, his race ended after just 20 laps after an issue sent him into the outside wall in turns three and four.

The next time the Deep South Crane Blizzard Series takes the track, it will crown a 2021 champion.  Night of Champions for both the Blizzard Series and Allen Turner Pro Late Models is scheduled for October 2.

The Southern Super Series will be back in action on August 14 at Crisp Motorsports Park for the Georgia Summer Nationals.  Earlier this year, Corey Heim scored the win at Cordele in the Georgia Spring Nationals.