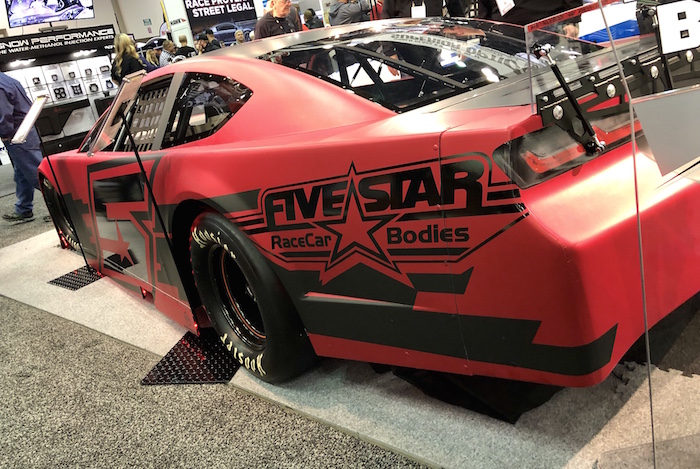 The Southern Super Series presented by Sunoco will allow competitors to utilize the next generation of Late Model bodies as early as its next race, with a weight penalty in place for those who opt to use the newer body.

Teams opting to use the next-generation body will have 25 pounds added to their overall weight, starting with the June 26 event at Five Flags Speedway (FL).

“With the current situation and schedules being scrambled, teams are having to adjust their schedules with building and preparing cars, so we wanted everyone to have the ability to race,” Bryant told drivers.

In February, the ABC Body Program approved “Next Gen” bodiesfor competition in the 2021 season.  That decision approved the body for use in the Southern Super Series at that time, as well as the ARCA Midwest Tour, CARS Tour, Champion Racing Association and SRL Southwest Tour.

The February announcement noted series would be permitted to opt for an earlier implementation of the new body, citing the possibility of teams needing major repairs over the course of the season.  The Southern Super Series will now be one of several series to move forward with the new body.

The CARS Tour has allowed the next generation body for its Late Model Stock division after the NASCAR Weekly Racing Series approved the Late Model Stock body for 2020, and expressed interest in February for approving the body in Super Late Model competition.

The Southern Super Series decision to allow the bodies moving forward in the 2020 season while incorporating a weight penalty mirrors the decision of the Granite State Pro Stock Series.  That series approved the Next Gen body for 2020 provided by both Five Star Bodies and AR Bodies with a 20-pound weight penalty.

“We put a minimal weight penalty on it,” said GSPSS President Mike Parks in February.  “I didn’t want our weekly teams to feel they had to go out and spend the money to change because of a performance advantage.  We put a small weight penalty on it, and I’m sure with time that penalty will go away, too.”

The second race of the Southern Super Series season is currently scheduled for June 26.  That event will also mark the start of the Blizzard Series at Five Flags Speedway, the home of the Snowball Derby.

The Southern Super Series season kicks off Sunday, May 24 with the Rattler 250 at South Alabama Speedway. Click here to watch Sunday’s race on Speed51.