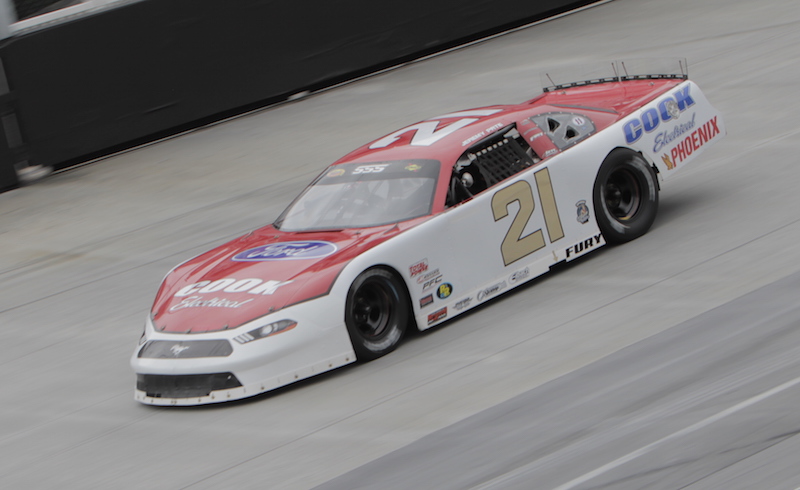 With the dust now settled on the Pinty’s U.S. Short Track Nationals at Bristol Motor Speedway, the Southern Super Series presented by Sunoco has a new name atop the championship standings. And with only three races remaining, the mostly hotly-contested battle in the eight-year history of the series has unfolded.

Pensacola, Florida driver Jeremy Pate and his No. 21 Larry Blount Motorsports team have been a model of consistency thus far during the 2020 season.  Following an 11th-place finish at Bristol, Pate now holds a 13-point lead over runner up Stephen Nasse.

Early season points leader Bubba Pollard’s decision to forego the Bristol event has shuffled his Senoia, Georgia based team back to the fourth position, just behind VDL Rookie of the Year candidate Jake Garcia. A mere 21 points separates the top four drivers in the standings, with Connor Okrzesik just 34 points out in fifth.

The battle for the 2020 Southern Super Series will heat up this Saturday, October 17 at New Smyrna Speedway for the running of the Hart to Heart 100. The following Saturday, October 24 will see Five Flags Speedway playing host to the SSS contingent during the Blizzard Series finale.

Not only will this event serve as the next to last on the Southern Super Series schedule, but the 2020 Blizzard Series Champion will be crowned in the Deep South Cranes 150. And finally, all eyes will turn to the Music City, where the All American 400 at the Nashville Fairgrounds Speedway will ultimately decide the 2020 Southern Super Series Champion.

Ding, ding, ding.  The bell has officially rung, and the battle for the Southern Super Series championship is on.