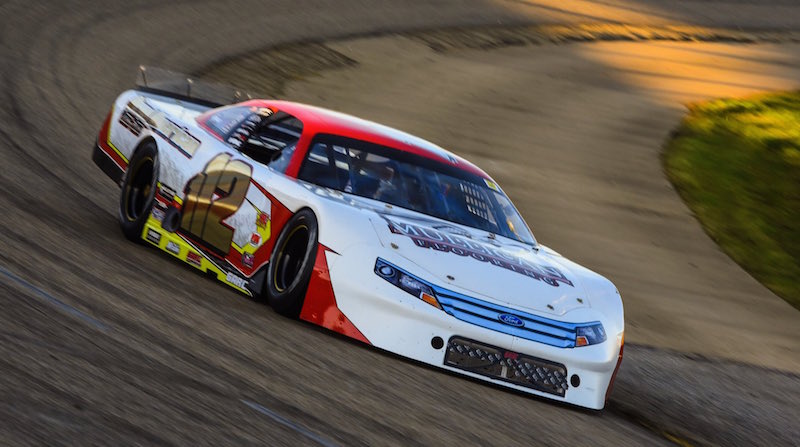 SSS Drivers Ready to Rumble for Boxing Gloves at Montgomery

(Original story by Speed51, posted with permission from Speed51)

The 2020 Southern Super Series Season is well underway as it rolls into Montgomery Motor Speedway this Saturday, July 11 for round four of the 2020 campaign. The ”Rumble by the River 125” is a unique event in the fact that it’s the only time this year that Super Late Models will enter the gates of Alabama’s action track.

The Rumble by the River became a Southern Super Series tradition dating back to its inaugural season in 2013. Winners include the likes of Matt Craig, Bubba Pollard, Donnie Wilson, and Augie Grill.

“We’re excited to be bringing in the Southern Super Series this weekend,” Montgomery Motor Speedway Track Promoter Stan Narrison told Speed51. “It’s going to be a 125-lap race, six-tire event with controlled cautions, and we’re pretty excited about that.

“It’s the only time we bring in Super Late Models and we have a fair amount of local drivers that are involved in it, as well as some of the guys out of our Pro Late Model ranks,” Narrison continued. “So, a lot of the fans know quite a few of the drivers and then there’s the drivers that kind of travel around and visit on an occasional basis. I think it makes it interesting and it gives us a unique opportunity to kind of draw from a wider fanbase.”

Drivers will be vying for one of the most unique trophies in all of Short Track Racing Saturday night, a pair of boxing gloves and a tribute to Americana.

“We’ve been doing this Rumble by the River around Independence Day for a couple of years now,” Narrison continued. “It’s kind of become a big tradition with our Red, White, and Blue boxing gloves that we give away. It makes for a great picture. You don’t want to see drivers fighting but it is cool to see them with those boxing gloves on.”

With local favorites Augie Grill, Jake Garcia, Dawson Fletcher, and Kyle Plott set to defend their turf from northern invaders, it’ll be exciting to see who walks out looking like Rocky Balboa at the end of night.

Saturday night’s racing program will begin with qualifying at 6 p.m., followed by feature racing at 7 p.m.

Fans can watch all the Southern Super Series action Saturday night on Speed51’s Summer Thunder TV, which is available to monthly and yearly subscribers.