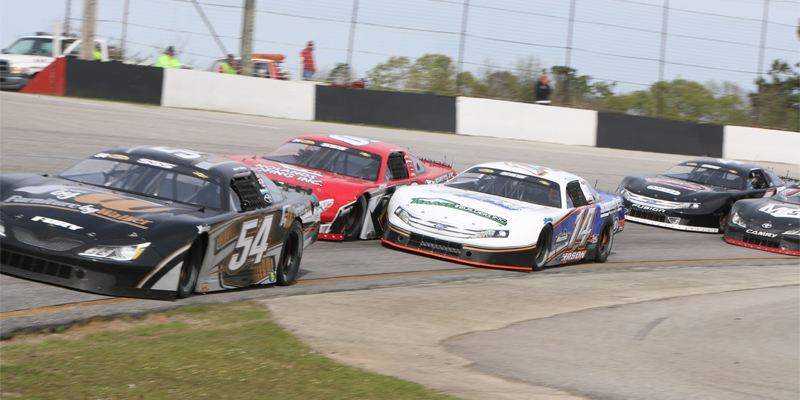 The Rattler is This Weekend; Here’s the Entry List

After a two-month hiatus, the Southern Super Series is finally set to begin its eighth season of competition this weekend at the 44th Annual Rattler 250 at South Alabama Speedway.  A talented list of drivers has entered the race in advance of the first marquee Super Late Model event since the COVID-19 pandemic.

Defending Rattler 250 winner Giovanni Bromante will be back to defend his crown from one year ago.  He won last year’s Rattler in his Super Late Model debut, which was also his first race back from a back injury that had sidelined him for the waning months of the 2018 season.

Two-time Rattler 250 winner Ty Majeski will be back for a shot at a third date with the famed rattlesnake.  This will come two days before the scheduled return of the NASCAR Truck Series at Charlotte Motor Speedway on Tuesday, May 26.

Another former Rattler 250 winner, Bubba Pollard, will be in attendance looking for his first asphalt win of 2020.  Among other former winners entered are Alabama’s Augie Grill and North Carolina’s Jeff Fultz.

Nine drivers are scheduled to make the trip out from Florida for the event.  Along with Nasse, Kyle Bryant, Jeremy Pate, Jett Noland, Steve Dorer, Daniel Webster, Anthony Sergi, Daniel Dye, and Michael Atwell will all represent the Sunshine State.

Snowball Derby runner-up finisher Jake Garcia will go to Alabama for the first time since winning the Alabama 200 back in March.  Other drivers coming from Georgia are brothers Kyle and Kason Plott, Dawson Fletcher, Hudson Halder, and Kyle Sieg.

The Midwest will have a strong showing of drivers representing the region in the Yellowhammer State this weekend.  Illinois’s Austin Nason and Boris Jurkovic, Wisconsin’s John DeAngelis and Gabe Sommers, Ohio’s Brandon Oakley, Iowa’s Sammy Smith, and Indiana’s Mason Keller will all make the trip south for the Rattler.

A full list of entries for both divisions can be seen below.