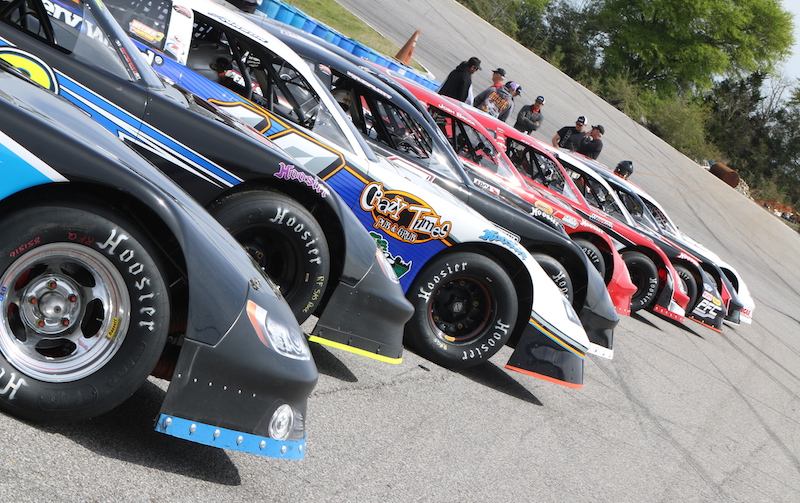 The Rattler Will Kick Off Southern Super Series Season in Style

The 2020 Southern Super Series season will kick off its seventh season with the 44th running of the Rattler 250 at South Alabama on March 20-22. The race has established itself as one of the biggest in Super Late Model racing, bringing a stout field of competitors from around the eastern part of the country every year to the 4/10-mile Alabama oval.

The Rattler became a Southern Super Series event in 2014 and has since seen Casey Roderick, Christopher Bell, Ty Majeski, Harrison Burton and Giovanni Bromante visit victory lane with their biggest wins at the time. It has helped lead into successful seasons for the series, and the 2020 edition of the race is looking to be yet another strong one.

“It always gets us off to a good start. We always have a good field of cars there, more importantly is the quality of racing at South Alabama seems to yield several side-by-side finishes, last-lap passes, you can’t ask for more than that for a 250-lap race,” Southern Super Series promoter Tim Bryant told Speed51. “We’re looking forward to it, we’ve got some Midwest entries already, we’re going to have some South Florida cars, and of course the guys that usually show up there.”

The Rattler 250 will once again give a five-digit payday to the winner, with the total purse decided by the amount of entries received for the event. Bryant was sure to let interested drivers know to get their entries in as soon as possible, as Saturday’s qualifying order will be determined by the reverse order of entries received.

“It’s a minimum purse of $12,000 to the winner, it’ll go up from there based on car count, which has been John Dyke’s formula for many years and many tracks have followed suit,” he stated. “Another thing I want to mention is something that’s kind of unique to the Rattler is the order of qualifying is by the order of entry in reverse, so the first entry qualifies last on qualifying day.”

The rattlesnake has become one of the most famed traditions in all of short track racing, with the winner donning the snake around their neck in victory lane. Drivers aren’t the only ones who have had experiences with it, with Bryant himself having been in close contact with it once before. He says it’s something he won’t ever forget.

“The first year we were there with the Southern Super Series, Chase Purdy was on the pole driving for Anthony Campi and they wanted to get his photo with the rattlesnake and he didn’t want anything to do with it,” he said. “Trying to make a good showing for John with our first operation there, I told Chase come on, I’ll go with you. I’m petrified of snakes but they put that rattlesnake around his neck and my neck and I’ll tell you guys I can still feel it.”

Stay tuned to Speed51.com for more information regarding the Rattler 250, including information about a live broadcast for those unable to make it to Opp, Alabama.