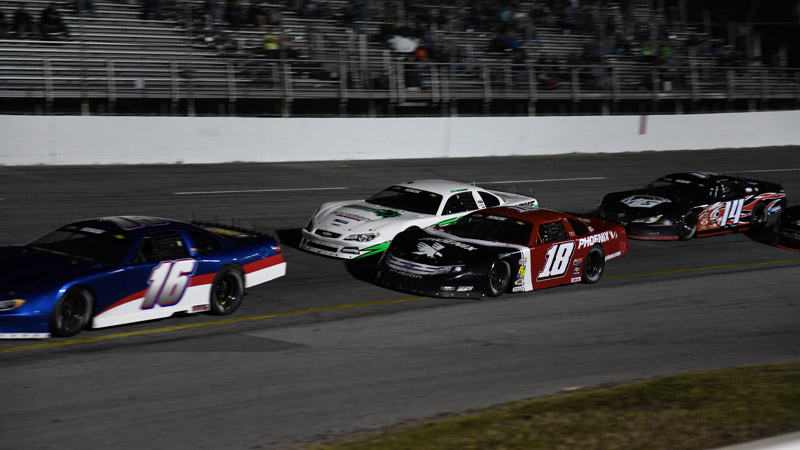 Two Chances for Double Down $10K Bonus at Five Flags

When the Southern Super Series presented by Sunoco continues its season June 26 and 27 at Five Flags Speedway (FL), 25 drivers will have a shot at $20,000 simply by starting the series’ season-opening event.

As part of the series’ new “Double Down in the Next Town” program, all 25 competitors who started the season-opening Rattler 250 at South Alabama Speedway will be eligible to win $10,000 should they take the checkered flag first at the Deep South Cranes Blizzard Series opener on June 26.

“We are grateful to all of our teams who supported us at the 44th Annual Rattler 250 last weekend,” said Southern Super Series promoter Tim Bryant.  “We hope those teams will join us at Five Flags Speedway for the start of the Blizzard Series.”

That program will then carry over to the next race in the Blizzard Series, taking place the very next night at the Pensacola half-mile.  Thus, teams who enter Friday night’s 100-lap feature will be eligible to win $10,000 on Saturday, June 27.

Thus, a driver who competed at the Rattler 250 on Sunday could win $20,000 through the Double Down in the Next Town should they sweep the 100-lap features at Five Flags in June.

“We want to encourage teams to join us for both nights of this unique double-header event,” said Bryant. “Racers who were unable for a variety of reasons to take part in the Rattler 250 will still have a shot at a $10,000 win on Saturday night.”

Teams who compete in Saturday’s race (June 27) will then be eligible for the Double Down in the Next Town bonus at the next Southern Super Series event, scheduled for July 11 at Montgomery Motor Speedway (AL).

There will be another major bonus opportunity for teams competing in the doubleheader weekend at Five Flags Speedway in June.  Stay tuned for an announcement on Speed51 this week regarding that bonus.