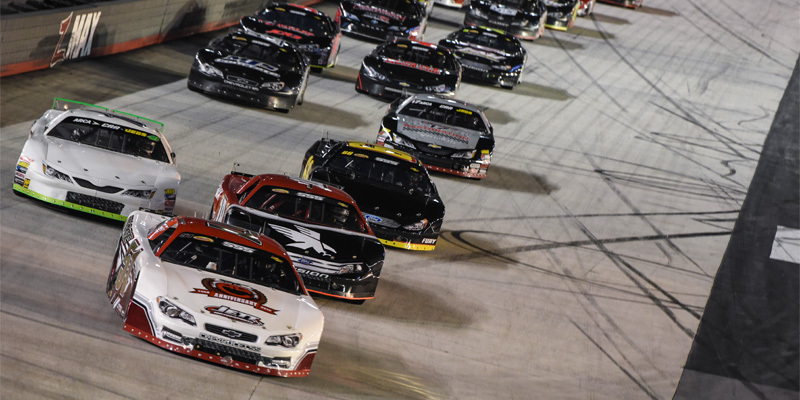 Bristol Motor Speedway officials announced today that the Pinty's U.S. Short Track Nationals presented by Vore's Welding and Steel, one of the premier short track stock car races in the country, has been rescheduled to September 26, 2020, due to the COVID19 pandemic.

It was also revealed yesterday that Pinty's Delicious Foods, a Canadian-based company that produces and supplies fresh and frozen chicken products to retail and food service, has been named the title sponsor of the popular event through a diverse multi-year partnership agreement with BMS.

"With all that has transpired over the past couple of weeks, we felt it was best to move this event to an open date later in the year," said Jerry Caldwell, executive vice president and general manager of Bristol Motor Speedway. "We know how important this event is to the rising stars who compete in these series and we wanted to make sure they have plenty of time to adjust their schedules for the fall. We look forward to once again showcasing many of the best young racers from across the nation at the Pinty's U.S. Short Track Nationals."

The one-day show, with open practice the day before, will showcase four exciting classes, headlined by the powerful Super Late Models. Along with Super Late Models, the event will feature race action for Pro Late Models, Street Stocks and Compacts. The format allows competitors open practice opportunities on Friday, followed by a one-day race format filled with practice, qualifying and racing on Saturday.

The sanctioning bodies leading the efforts in 2020 for the Super Late Models are the ARCA/CRA Super Series powered by JEGS, The Southern Super Series and the CARS Tour. The Pro Late models will be sanctioned by the JEGS/CRA All-Stars Tour presented by Chevrolet Performance. The Van Hoy Oil CRA Street Stocks will oversee their portion of the show, while the Vore's Compact Touring Series will handle the sanctioning of the Front Wheel Drive Compacts.