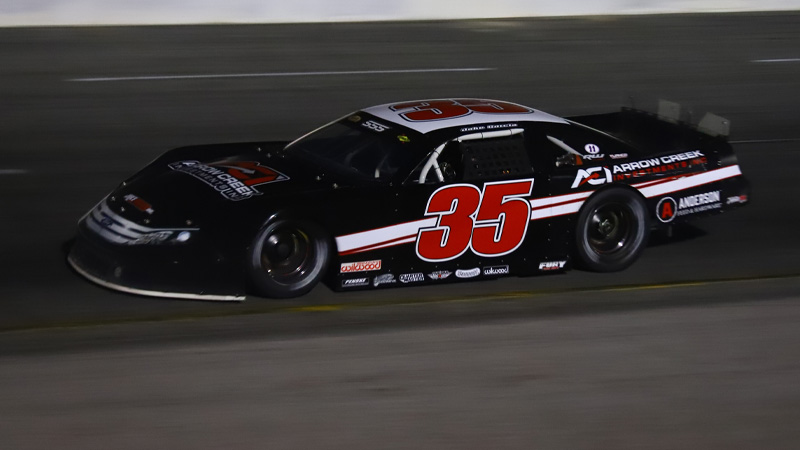 15-year-old Jake Garcia has turned heads on and off the track thus far in 2020, picking up numerous top 10 finishes in just his second season of Southern Super Series competition. Now returning to a track he’s seen his most recent success at, a win in the coveted Alabama 200, he enters with unbridled confidence.

“I think we should be pretty good at Montgomery,” Garcia told Speed51. “I’m looking forward to this race because we ran good this year. We won the Alabama 200 earlier this year and then at another Pro Late Model race in June, we finished second there with a shot to win. So I think we should be good there in the Super Late Model as well.

“Really the only difference between a Pro Late Model and a Super Late Model is the motor,” Garcia continued. “So when you’re off the gas in the corners they’re about the same car. That’s where you have to be the best at, is through the corner. So I think if we’re that good in the pro car we’ll be good in the super.”

But what has been the secret to Garcia’s continued forward momentum?

“It’s really been a matter of me figuring out how to drive them," Garcia said. “Ricky (Turner)’s been working on my stuff where we can get a good every week. So we got the car figured out a little better and we got me driving better as well. So it’s a combination of a few things, but overall we’ve just been improving every week and learning something every time we go to the racetrack. If we can keep doing that we can keep getting better and better.”

This weekend Garcia enters Montgomery Motor Speedway looking to turn heads in the Southern Super Series Rumble By The River 125, where he feels like he’s got for the victory.

“It’d mean a lot to us because the Southern Super Series is a big series. It’s highly respected throughout the country. So, to win one of these races is pretty cool. It pretty much shows that we’re capable of beating pretty much anyone in the country.”

Fans can become a monthly or yearly subscriber today by clicking here.