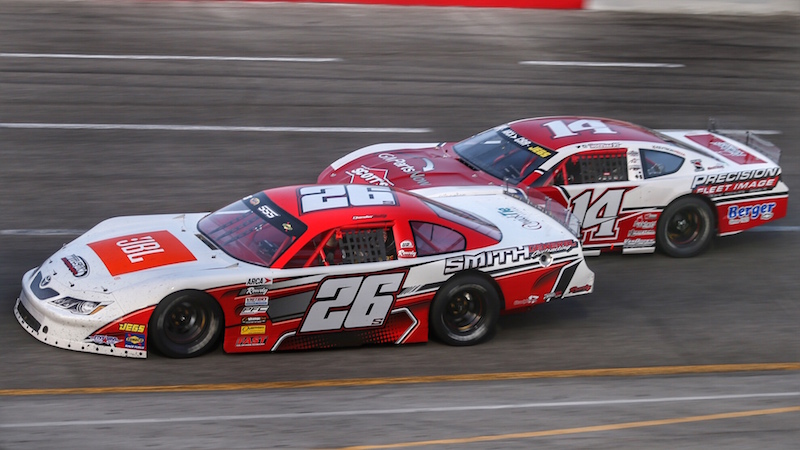 The US Tank & Cryogenic Equipment All American 400 In Memory of Jillian Brown Super Late Model on-line entry form has been released. The iconic 300 lap event for Template Super Late Models will be tri-sanctioned in 2021 by the ARCA/CRA Super Series Powered by JEGS, ARCA Midwest Tour and Southern Super Series Presented by Sunoco at the famous Nashville Fairgrounds Speedway, located in downtown, Nashville, Tennessee on October 29th, 30th and 31st. The All American 400 will also include a 100 lap Pro Late Model event that will be sanctioned by the JEGS/CRA All-Stars Tour Presented by Chevrolet Performance.

The 400-lap event will be the finally of a huge weekend of racing action on all three days both on the 5/8’s mile track and the quarter mile track at Nashville Fairgrounds Speedway. Teams can file their entry at the following link for the Super Late Model portion of the event: https://onlineentryform.wufoo.com/forms/mnwggoa1ha3urb/  The entry form for the Pro Late Model portion will be available on the CRA website.

The 300 lap Super Late Model event will pay $15,000 to win. The event is 300 laps counting cautions and is a 10-tire race. The event will once again feature Controlled Cautions in an effort to save teams the cost of bringing in professional pit crews.  When a yellow comes out teams will have two laps to service their race car without losing laps or positions on pit road. Those cars will then line up behind the cars that did not pit at that yellow. Teams not getting out of the pits in the two laps will have to fall to the tail of the field and will risk losing laps. As in the past, teams will only be allowed to change a max of two tires per yellow.