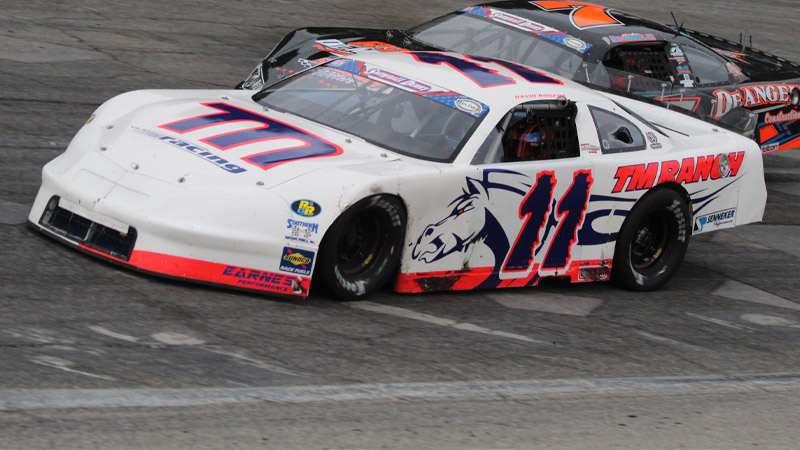 On Friday, June 26, the Blizzard Series will kick off its 2020 season with the first night of a doubleheader weekend at Five Flags Speedway (FL).  The race will also be an opportunity to pay a tribute to one of Florida’s racing legends.

The Friday night race, which will also be a points-counting race for the Southern Super Series, will be the #Forever11 100, paying homage to David Rogers.  Rogers passed away in March following complications associated with his battle with cancer.

Rogers was a fixture in Florida short track racing, both near his home of Orlando as well as at the famed Five Flags Speedway.

“Before last year, I can’t remember the last time we ran a Blizzard Series race without David in the field, and certainly he will be missed,” said Five Flags Speedway promoter Tim Bryant.  “We will honor his accomplishments and feel his presence in a variety of ways as we pay our respects.”

Five Flags Speedway will honor Rogers’ memory throughout the evening, the first night of a doubleheader weekend in the Rowdy Energy Twin 100s.  Steve Holland, the long-time car owner and sponsor for Rogers with TM Ranch, will be the grand marshal for the event.

Rogers made history last December at Five Flags Speedway, making his 33rd career start in the Snowball Derby.  The start broke a tie with the legendary Red Farmer, inducted Tuesday into the NASCAR Hall of Fame, and came in Rogers’ first race since initially being diagnosed with lymphoma during a scheduled stomach surgery in December 2018.

Along with his history at the Snowball Derby, Rogers was also a six-time Florida state champion in the NASCAR Weekly Racing Series, along with wins in the Florida Governor’s Cup, Orange Blossom 100, Red Eye 100 and Pete Orr Memorial.

In 1994, David Rogers won the NASCAR Weekly Racing Series National Championship, winning all 24 races he started that year to narrowly defeat Jack Sprague for the title.

More details surrounding the tributes to David Rogers during the #Forever100 will be shared in the coming days, but it is an evening fans will not want to miss.  Stay tuned to Speed51 for more information ahead of the big weekend of racing.

For more information about the #Forever11 100 and the Rowdy Energy Twin 100s weekend, visit www.5flagsspeedway.com and www.southernsuperseries.com.