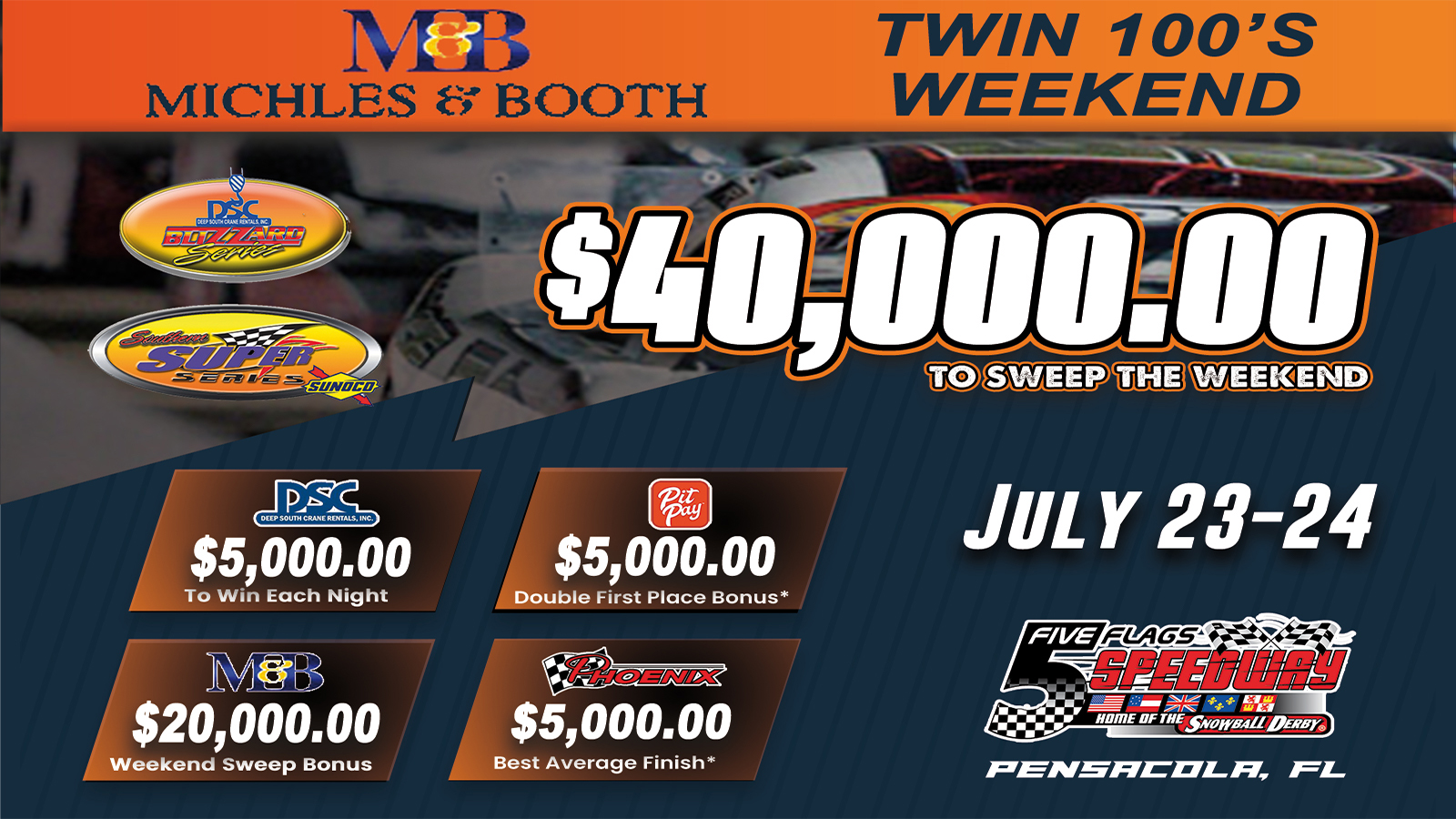 Reposted with permission from speed51.com

If the stars align correctly, one Super Late Model driver could walk away from Five Flags Speedway with $40,000 this July.  Track officials announced Friday a series of bonuses that will beef up the purse for the Blizzard Series doubleheader weekend featuring the Michels & Booth Twin 100’s on July 23-24.

The doubleheader weekend, which includes the Universal Fabricators 100 on Friday and Michels & Booth 100 on Saturday, was originally scheduled to pay $5,000 to win each race.  However, bonuses presented by the Pit Pay App will double the purse for both races and make each race $10,000 to win.

“Last year, due to COVID-19, we had our first ever doubleheader here at Five Flags. The atmosphere was electric,” said Five Flags Speedway promoter Tim Bryant.  “We knew instantly that we wanted to do it again in 2021. With no pun intended, it’s already snowballing. More people are wanting to be involved, more racers are inquiring, more fans are calling with questions about tickets, camping, etc. Along with our annual fireworks show, we’ll have live music, driver meet and greets, even some Mardi Gras Krewes to entertain, making for an incredible weekend of fun. And oh, I almost forgot. A chance for some driver to leave with $40,000 should insure an absolute stellar field of entries.”

The Michels & Booth Twin 100’s will serve as the second and third races of the 2021 Blizzard Series season at Five Flags Speedway.  With big money on the line and the chance to prepare for December’s 54th Annual Snowball Derby, a stout field of Super Late Model drivers are expected to be in attendance.

Race fans unable to make it to Pensacola, Florida will be able to watch both races on Speed51.TV with a monthly or yearly subscription.