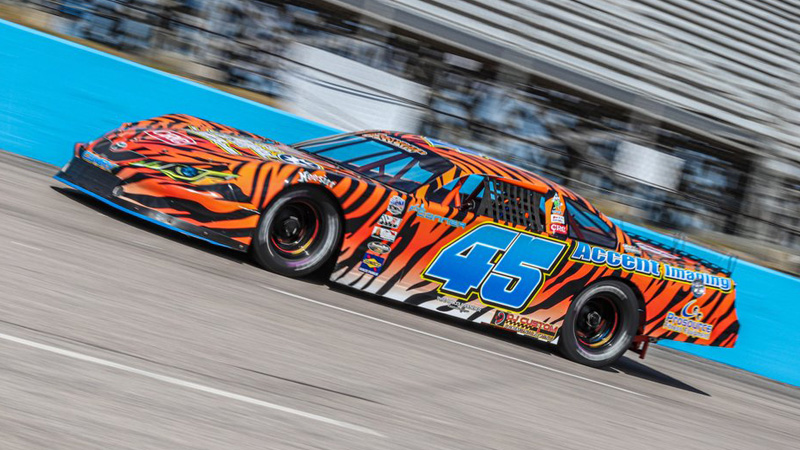 Kodie Conner scored his first Super Late Model win and championship in 2019, both with the PRA Tours Super Late Model Series in the Carolinas.  Now, the North Carolina native is preparing for his first trip to famed Five Flags Speedway (FL) to compete in the Rowdy Energy Twin 100s.

The inaugural PRA Tours champion has made his name in North and South Carolina, but is eagerly anticipating his first trip to the home of the Snowball Derby.

“This is going to be my first time experiencing down south,” Conner told Speed51.  “I’ve never seen the place before.  I’ve recently watched some videos from there, and I’ve watched the Snowball Derby in the past.  Being able to go to these races, it’s a pretty cool deal.”

While Conner has competed at some larger racetracks, such as Richmond Raceway for the 2019 PASS Commonwealth Classic, Five Flags will still be one of the larger and faster tracks he has raced at.

“The biggest track I’ve gone to before this is Richmond, so this is a pretty big track for me.  I’m not really sure what to expect.  I just know it will be high speed and a lot of fun.”

He compared the track to one closer to home with a similarly abrasive racing surface, Myrtle Beach Speedway (SC).

“I’ve been talking to a lot of people about it.  It’s a lot like Myrtle Beach.  In the day, that surface is going to make for a tough track, and then at night it’s a little more raceable.  It will be a challenge practicing during the day and racing at night.”

Conner admits he might be a little slow to dip his feet into the water once he gets to the racetrack. Instead, the 19-year-old plans on watching some laps by those more familiar with the track before climbing into his own car.

“I might sit the first practice out or a little bit of practice, just to get a look and see what some guys are doing.  It’ll be a big thought process.”

The Rowdy Energy Twin 100s weekend gives Conner two chances to take on the Pensacola half-mile in one weekend.  He admits he will likely be cautious during the #Forever11 100 in honor of David Rogers on Friday, hoping to get dialed in for Saturday’s race.

“The first race, I will try my best, but mostly I’ll be getting a feel for everything.  Saturday will be the night to go for a win.”

The four Blizzard Series races often serve as a tune-up for teams with plans to attend the Snowball Derby each December.  While Conner doesn’t have concrete plans to compete in the 53rd Annual Snowball Derby, he also didn’t rule out the possibility of a Derby debut this year.

“There is a possibility. The Derby is, for sure, a lot more money involved.  With us being a small team, we do what we can do.  One thing that has helped us with this race is getting a Friday race and a Saturday race.  Getting two races has helped me make this opportunity.

“We’ll go into the weekend and see how we perform.  We’ve got some spots open for some marketing partners, and we’ll see if we can make something happen.”