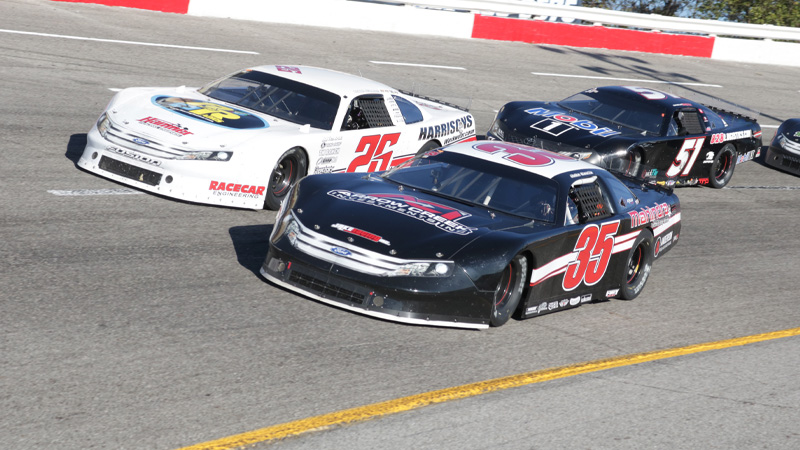 Southern Super Series to Crown Champion at All American 400

The All American 400 is one of the crown jewel events in Super Late Model racing, drawing top racers from across the country to Nashville Fairgrounds Speedway each November. This year, the marquee race will have championship implications, as it will be the final points-paying race of the 2020 Southern Super Series season.

Southern Super Series promoter Tim Bryant announced the change on Speed51’s “The Bullring”Monday.  Originally slated as a non-points event, the race was added to the championship calendar following last week’s cancellation of the Peach State Classic at Gresham Motorsports Park.

“The All American 400, we’re excited about going to Nashville and the Southern Super Series being a part of that,” said Bryant.  “With us losing the Gresham Motorsports Park event, the championship for the Southern Super Series will now switch to the All American 400 weekend, which was originally a non-points event.  We will not lose that points race for the 2020 season.

“Everything about Nashville is cool.  I just can’t wait to get up there and be a part of that event.”

This will mark the second time the Southern Super Series champion has been crowned at Nashville Fairgrounds Speedway, and the first since the series’ inaugural season.  In 2013, Daniel Hemric earned the honor of first-ever series champion with a second-place finish in the All American 400, finishing one point ahead of Bubba Pollard in the title hunt.

“We crowned a champion there one year, in Daniel Hemric, back in the early days of the Southern Super Series,” Bryant said.  “I believe he won that championship by one point over Bubba Pollard in 2013.”

With the scheduling update, four events remain on the Southern Super Series schedule for 2020. On September 19, teams will visit Five Flags Speedway for one last tune-up prior to the 53rd Annual Snowball Derby at the Pensacola, Florida half-mile.  One week later, they will tackle “The Last Great Colosseum,” Bristol Motor Speedway, in the Pinty’s U.S. Short Track Nationals.

Last year’s season finale, the Hart to Heart 100 at New Smyrna Speedway, will follow Bristol on the schedule, with that race taking place on October 17.  From there, teams will go to Nashville for the prestigious All American 400.

Fans can watch Bryant’s interview on “The Bullring” by viewing an on-demand replay of the episode by clicking here.