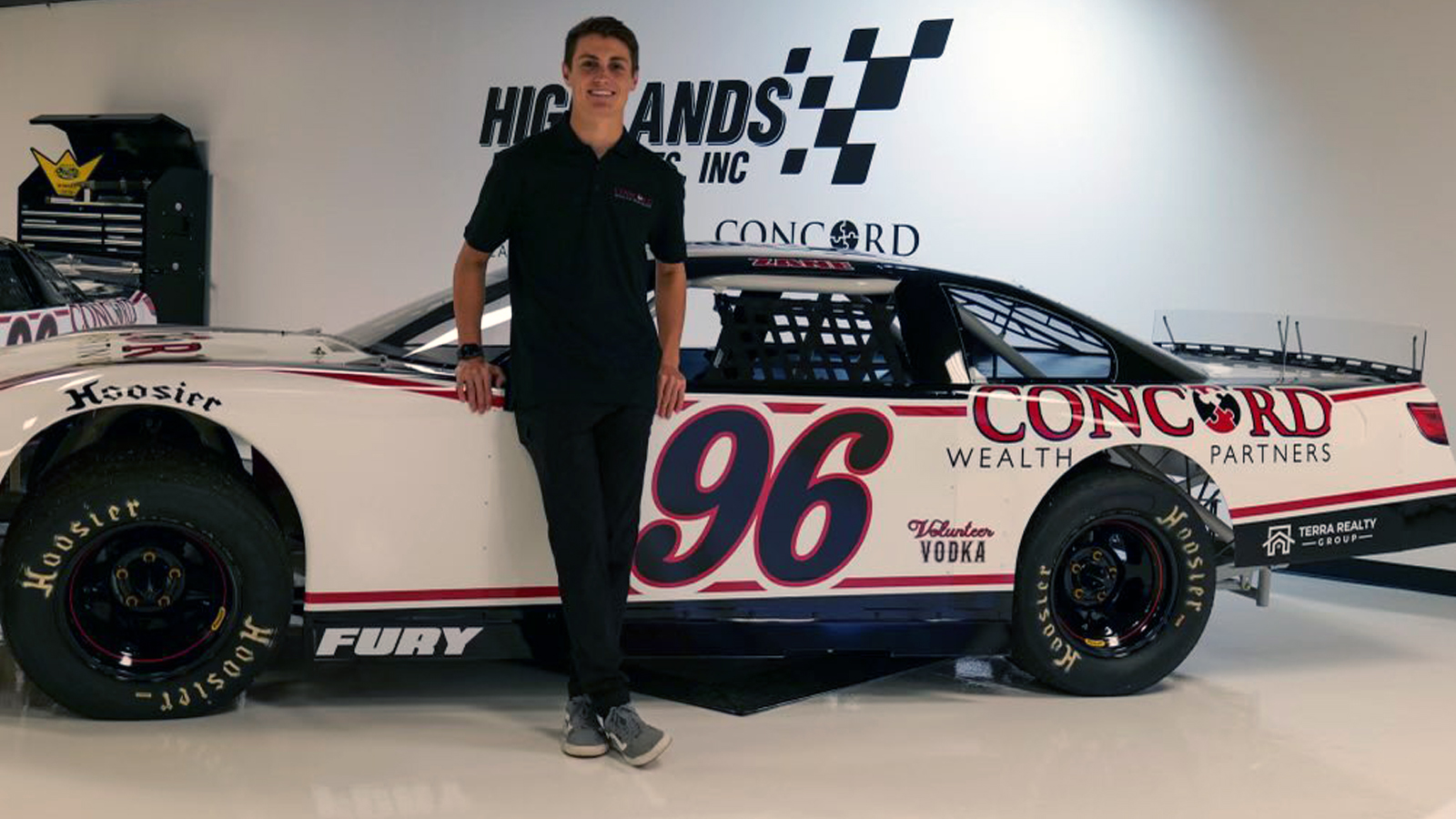 Zane Smith has established himself as a rising star in the NASCAR world, finishing second in the Camping World Truck Series in 2020 with a pair of wins on the season. Now, Smith is returning to his Super Late Model roots on an off weekend for the Truck Series.

Zane Smith has established himself as a rising star in the NASCAR world, finishing second in the Camping World Truck Series in 2020 with a pair of wins on the season.  Now, Smith is returning to his Super Late Model roots on an off weekend for the Truck Series.

Smith will make his first start for Highlands Motorsports on Saturday at Greenville-Pickens Speedway, where the CARS Tour and Southern Super Series will convene for a co-santioned Super Late Model showcase.  Smith is looking forward to the chance to get back behind the wheel of a Super Late Model.

Zane Smith, who competes for GMS Racing in the NASCAR Camping World Truck Series, will make his first Super Late Model start since 2017 this weekend at Greenville-Pickens Speedway.

“I’m super excited about it,” Smith told Speed51.  “To be honest, I’m a little nervous, just because of how nice the equipment is and how good of a job Josh Reeves and everyone has been doing.  Hopefully, I can do my part and go do my job and show why they hired me to go do it.”

This will be Smith’s first Super Late Model appearance since 2017, when he competed in the CARS Tour finale at South Boston Speedway.  After a chaotic finish, Smith finished second to Stephen Nasse.

“I finished second.  Stephen Nasse, I finished second.  We were around each other all night.  I was a little bit better than him, but he beat me.  I was on the bottom, and South Boston, that middle comes in and he just prevailed.  That might have been my last time.”

After several years away, Smith is excited to return to the short track world and take advantage of an opportunity to race on a weekend off from his NASCAR schedule.

Getting to race when I’m off, it’s something a racer always wants to do but it’s hard to get opportunities.  A Super Late Model is just fun to drive.  It’s really laid-back, the atmosphere, compared to what I’m used to every week.  I just enjoy the racing.

Smith admits that he is concerned about managing his tires over the course of the Super Late Model feature, although that challenge is one he is looking forward to.

“I’m afraid I’m going to burn the tire off of it because I haven’t done it in so long.  I’ll learn really quick on that.  I like racing like that.  I like when we go places like that, like Richmond in a couple of weeks.  I like races where the guy who wins is the guy who manages his equipment the best.

“In a way, most of the places we go, we run as hard as we can until a stage ends.  With this, you have to really think about how much tire you’re saving for later when it counts.”

Back when he was a regular in the Super Late Model world, Greenville-Pickens Speedway was one of Smith’s favorite tracks.  He is excited to go back to the South Carolina facility and try his hand on the fresh pavement in the corners of the half-mile facility.

Zane Smith finished second in a PASS South race at Greenville-Pickens in 2015 and fourth in a CARS Tour event there in 2016.

“People either say they love or hate Greenville-Pickens, but I’m definitely on the love side.  I found out a couple of weeks ago they repaved the corners.  I’m going down there tomorrow to test.  I’m not really sure what to expect.  I’ve watched some races trying to prepare for it.

“It looks like so much fun.  That’s something I wish they had done when I was running there consistently, because it looks very cool.  The corner speeds are way up, but tire management is still key.”

While Smith will be competing with Highlands Motorsports in select Super Late Model events throughout the 2021 season, he hopes to one day be a team owner himself.  With his own team, he hopes to provide opportunities for up-and-coming racers like the ones he received on his way to the Truck Series.

I love Super Late Model racing in general.  One day, I hope to have my own team, my own car, and give a kid that was in my situation an opportunity.  I think that would be really cool to do one day.  Of course, I’d want to run some of my own.